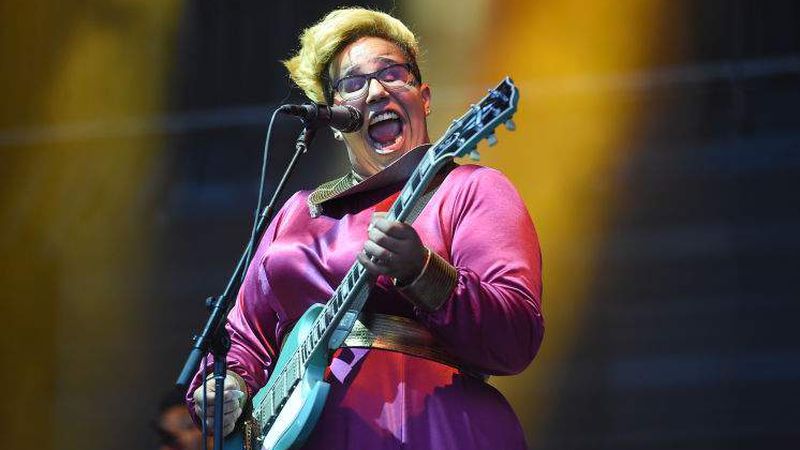 Alabama Shakes could be America’s next big group

You have your Beach Boys, your Eagles, your REMs, your Nirvanas. The Grateful Dead and the band have their backers. Some progressive thinkers might reject the E Street Band or the Heartbreakers.

At the heart of the question, however, is one that requires further thought: what, exactly, makes an American group a Great American group?

For me, a few essentials. The music should be a nod to the musical DNA of our country – jazz, blues, country and western, classical soul. You have to hear the passion, not just on record but live. He should feel unrestrained, upbeat, as rich in possibilities as an open highway.

It is inaccurate chemistry. But American groups will never stop trying to crack the code.

Nobody doubted Alabama shakes had the goods. The Athens, Alabama group proved to be a force to be reckoned with when they debuted in 2012. Boys & Girls, a smoky, swampy comeback album that bowed to the soul altar of Muscle Shoals.

Ring & Color, however, is a huge leap forward, a living and ambitious attempt to bridge the past and the future. Volcano-voiced singer-guitarist Brittany Howard still sounds as indomitable as on Boys & Girls, but here his voice rises through canyons of lush strangeness.

On the show-stop Give me all your love, her voice changes from an intimate, half-mumbled whisper to a dramatic moan and back again, then, as the group flourishes around her, into an irrepressible, almost orgasmic hoot. On the title song, a supernatural odyssey of bells and beating drums, his falsetto owes more to Teddy Pendergrass and Al Green; on trippie drunkenness Dunes, it’s a biting backcountry growl akin to Jack White’s.

The album is a bizarre sound pastiche in rock history. The best sparkles with the distorted mono punk of Velvet Underground. The morphine wash Gemini is a star-studded cross between soul stoner and a sexy slow jam. Who’da-thunk-it sparkle touches all the way – blurry comment jabs on People of the future, howling sirens Dunes, an Old West piano tinkling on I miss you. Shakes make everything cohesive and, more importantly, creative.

As retro-minded artists like White and the Black Keys jog up the blues-rock mountain top, Alabama Shakes chart a powerfully bizarre new path to meet them.

All your favorite bands, the title of the fourth album of the LA quartet Dawes, alludes to singer Taylor Goldsmith’s fascination with his own American rock heroes, especially golden-hued Laurel Canyon bards like Warren Zevon and Jackson Browne. But it’s really part of a post-breakup blessing by a man who can no longer follow his lover’s life in the fast lane. â€œI hope your brother’s El Camino will last forever,â€ he sings on the title track, â€œand all your favorite bands stay together.â€

Subscribe to our free Top 5 things to do newsletter

We will give you ideas for going out, staying at home or spending time outdoors every Thursday.

You are all registered!

Want more of our free weekly newsletters delivered to your inbox? Let’s get started.

Explore all your options

As a lyricist, Goldsmith has always had a gifted sense of place, his songscapes painted in poetic detail. Here, however, he spends less time gazing at the world than wallowing in a candlelit last-ditch living room, lamenting lost and wasted loves.

“I sit at the table and relive the whole situation”, he sings Now that it’s too late, Maria, “until the valet who wants to go comes and gives me my keys.” He aspires to “wring out every memory” (Things happen), or, more precisely, “investigating a formula, numbers, equations, the details of our union” (Just in time), to find out where it all went wrong. Those obsessive post-breakup post-ops are starting to feel a bit self-centered, to the point where you want to shake it up and say: It’s over, man. She left. Let it go.

Dawes has never been a rocking band; Goldsmith’s singing chirp and the soft purr of the guitar warm the soul like kava tea. But despite a few hopeful summits, like a two and a half minute dream of guitars floating on top of a cloud of organs in I can’t think about it now, All your favorite bands feels even calmer than its predecessors. It might break your heart, but when it ends you won’t be obsessed with it. You will simply be driving down the road to a brighter place.

Could America’s Greatest Rock Band Be … A Country Band?

The Zac Brown group are one of the few American bands that can fill a stadium or headline a diverse festival, and they perform with rock fire, spanning artists like Nirvana, Metallica, and Rage Against the Machine.

But they never parted with their country roots like they do on Jekyll + Hyde. The album opens with a rumbling back-road banjo on Nice drug, but quickly engages the cosmopolitan fast lane, with an Auto-Tuned Brown chanting, “I’ve got a death wish, baby!” at the top of a four-floor disco beat. Adios and vaya con dios, Nashville!

Nice drug is a fitting introduction to the sound duality of the album. In one corner sits Mr. Hyde, a monstrous repudiation of everything Brown has done so far, to the point where the group is almost unrecognizable. Brown is a good singer, but with a fairly indistinguishable voice. As a result, Heavy is the head, a duet with Chris Cornell of Soundgarden, sounds simply like Soundgarden. Tinted EDM Tomorrow never comes doesn’t sound like a Zac Brown Band song, but a remix of a Zac Brown Band song – especially since the album ends with an acoustic version of the same track.

But Brown never strayed too far from his Dr. Jekyll, the American alchemist who mixes the strings and harmonies of sweet tea like few other superstars. Remove about seven of the Jekyll + Hyde‘s 16 tracks, and you would have a pretty traditional album, but still progressive. HouseThe violins, the organs and the lyrics of “relax … in a small town where you feel like home” are Zac classics. So is Castaway, a shiny piece of calypso that sounds like a more ambitious B-side to Toes Where Knee deep.

It’s Zac Brown, right there. If only the rest of Jekyll + Hyde has lived up to its message.