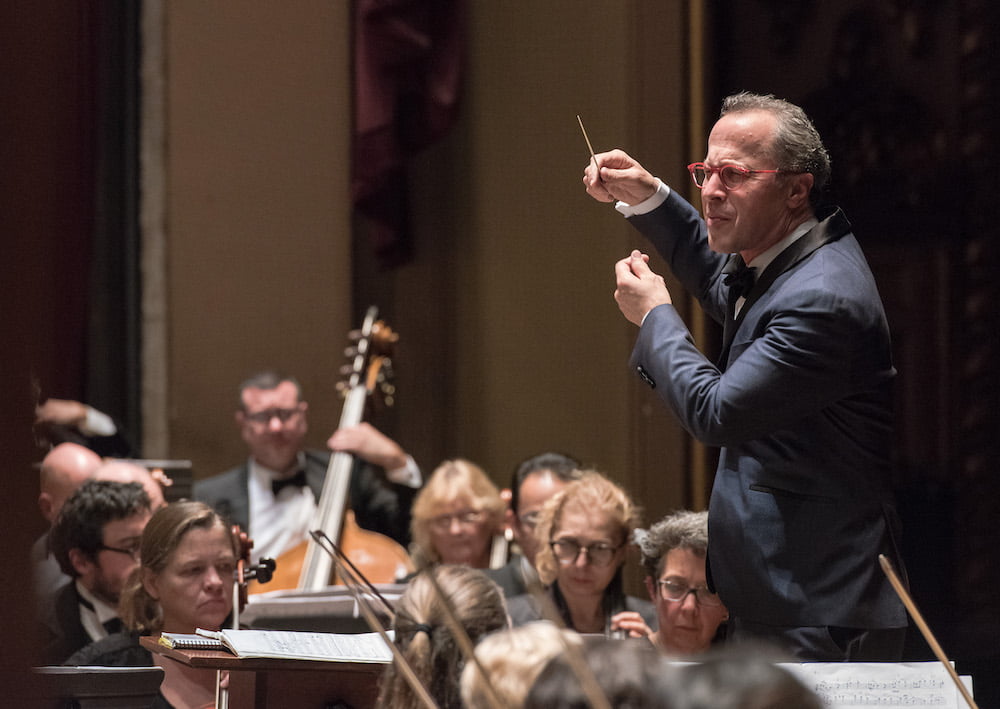 ALBANY – David Alan Miller sits at home sipping his only cup of coffee as he “puts some music in my head” in preparation for the Albany Symphony‘s 2022 American Music Festival, a month-long celebration of new music and the Empire State, called “TrailBlaze NY”.

“I sometimes let myself out,” he said. Yesterday he stole time to take care of his garden. “Otherwise, not much happens. I literally have to study sheet music all day. There is no time for anything else.

The Music Director and his Symphony Orchestra embark on a journey through the Capital Region and the Upper Hudson Valley with performances in Cohoes and Troy on Thursday, June 2. Dogs of Desire, the chamber orchestra of the symphony orchestra, will hold a public rehearsal of the Cohoes Music Hall at 3 p.m., followed by a piano recital by Gloria Cheng at Troy Savings Bank Musical Hall at 7:30 p.m.

When Dogs of Desire returns to Cohoes Music Hall on Friday, June 3, it will be to present five world premieres, including “Moments in Motion,” an orchestration of Bear Grass music by Jack Frerer.

Katie Hammon, singer and songwriter for Bear Grass, said she was approached with the idea several months ago. The songs are taken from the band’s 2018 album “Left.” Hammon said one of the songs performed by Dogs of Desire was to be performed live at Cohoes Music Hall for the first time in March 2020, but the pandemic ended the show.

“Although the album has been with us for a few years now, these songs breathe new life with the sounds of an orchestra,” Hammon said. “Jack has always shared midi versions with me, but I can’t wait to hear Dogs of Desire amp them up in real life.”

Music by Bobby Ge, Loren Loiacono and Andre Myers will be featured. “Biking to Amsterdam, NY” by Natalie Draper helps give a clue to the festival’s running theme: the Empire State Trail.

The state launched the Empire State Trail in 2017 to promote outdoor recreation, encourage healthy lifestyles, support community vitality, and enhance tourism-related economic development along its current 750-mile length from New York City to the Champlain Valley and from Buffalo to the Hudson. River. Miller, who is an avid cyclist, approached the state with a similar idea to “Water Music NY” to celebrate the bicentennial of the Erie Canal.

“We want to, through art and music, tell the story of the trail,” Miller said, “and encourage people in communities who may not know much about the trail…to get out and do fun things on the trail. ”

TrailBlaze NY is supported in part by New York State through a New York Marketplace Grant from I LOVE NY, the state’s tourism division, through the Development Council Initiative Regional Economic and New York State Council for the Arts, with vital additional support from the National Endowment for the Arts and corporate and individual donors throughout the region.

“The Festival’s Troy and Cohoes week will culminate on Saturday June 4 with a magnificent evening of absolutely incredible recent orchestral music,” said Miller. “The new “Triathlon” saxophone concerto, Pulitzer Prize winner John Corigliano, features the amazing virtuoso and old friend of the symphony orchestra Timothy McAllister, who will play a different member of the saxophone family – soprano, alto and baritone – in every movement of the work.

“We are also deeply honored that the legendary John Williams has allowed us to give the American premiere of his new ‘Prelude and Scherzo’ for piano and orchestra with my dear friend Gloria Cheng as soloist,” he said. “A fabulous new work by Gabriella Smith, ‘Field Guide’, celebrating birdsong, and the luminous ‘Radical Light’ by Steven Stucky complete this captivating programme.”

After Troy and Cohoes, the symphony took to the track to present free outdoor concerts and events in Schuylerville at Hudson Crossing Park, Hudson at Hudson Basilica with a special wind quintet sunset concert the next day at the historic site. Olana National Park, Schenectady at Mohawk Harbor, Albany at Jennings Landing, and Amsterdam at Riverlink Park. Each stop offers a daytime schedule of health and wellness events on and around the Empire State Trail, hiking and biking opportunities, free kids’ activities, food and beverage selections handcrafted by local vendors and more, tailored to celebrate the bountiful offerings of each community.

At 7:30 p.m., at each stop, the Albany Symphony Orchestra will present a program featuring new music and summer favorites, including music by John Williams and John Philip Sousa, as well as a folk song. Many stops will include a fireworks display after the concert.

“TrailBlaze NY is a unique opportunity for people from across the Northeastern United States and Canada to experience some of New York State’s most extraordinary cities and the glorious nature that surrounds them,” Miller said. . “I hope all of our friends and supporters will also join us in celebrating New York State in all its wonder and natural beauty, as well as our resilient communities and the things that connect and bring us together, all trails that we explore, real and imagined.”