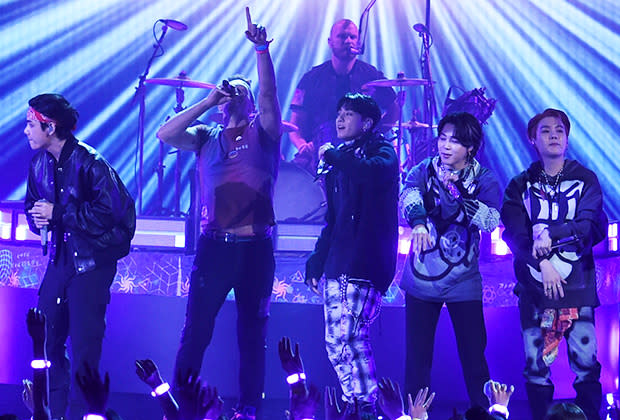 BTS woke up the Sunday crowd American Music Awards with a performance full of jumps, it would make Tigger exhausted just watching him.

The biggest K-pop group in the world has joined cold game to perform “My Universe”, a multilingual song from the band’s new album Music of the spheres. But BTS was also supposed to team up with Megan Thee Stallion for a performance of the “Butter” remix; she announced on Saturday that she would no longer perform.

“Hotties, I was so excited to go to the [AMAs] and play with [BTS], but due to an unexpected personal issue, I can no longer attend,” she said. tweeted. “I’m so sad! I can’t wait to get on stage with my guys and perform #BTS_Butter very soon!”

Watch footage of BTS’ performance, which we’ll replace with an official video if/when it becomes available, below:

BTS entered Sunday’s ceremony with three nominations: Artist of the Year, Favorite Pop Duo or Group, and Favorite Pop Song (“Butter”). The group’s record at the AMAs has been pretty stellar so far, with six wins and no losses in three years. Despite being nominated for nine AMAs throughout its existence, Coldplay only won one: Tour of the Year in 2017 for their Head Full of Dreams Tour.

Your opinion on the performances of the AMAs of BTS and Coldplay? Rate it in the poll below, then leave a comment with your full review.

The best of TVLine