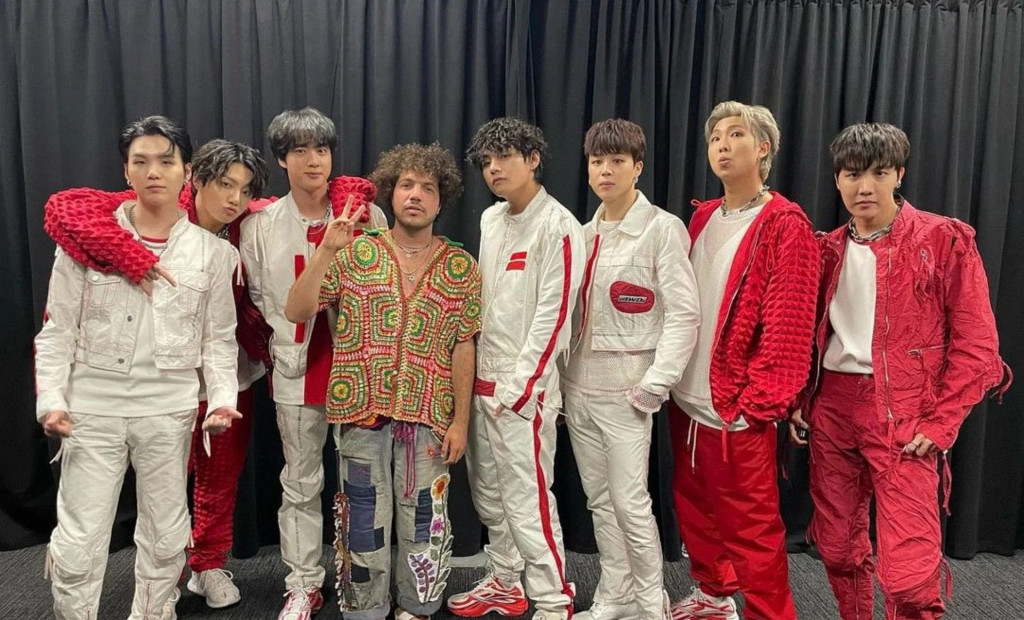 BTS’ vocal line Jim, Jimin, V, and Jung Kook can be seen collaborating with American music producer Benny Blanco. There is no confirmation from either side.

Jhe iconic pop group BTS announced that it had a lot more to do with its singing career on the band’s 10th anniversary. J-Hope will focus on a solo career, with the Jack in the Box album. It’s time for the members of BTS to focus on different collaborations. This time BTS’s Jimin, Jin, V and Jung Kook are collaborating with American producer Benny Blanco

In a TikTok video, the members of BTS hinted at a future collaboration with Benny Blanco. In the video, Benny praises BTS for all of their accomplishments – how they started from one country and became the global K-Pop group. Their journey has been impressive and inspiring. Jimin was the first to suggest that they should collaborate with Benny – “Let’s do the best song of the year!”

Well, Jimin’s action alone was enough to get BTS Army excited. It will be very interesting to see the vocal line members come together for something new and refreshing.

The K-Pop group had previously collaborated with some of the very established and renowned musical artists Ed Sheeran and Coldplay. Each time they collaborated with other artists, they gave something more enthusiastic and affectionate to their fans. So, every time they announce a collaboration, the BTS army is the happiest in the world.

The band is among the most beloved and famous bands in the world. Earlier in June, Jung Kook collaborated alone with fellow pop superstar Charlie Puth. The song left the audience in love with them. The song is still raking the global music charts.

Well, speculation is rife about BTS’ vocal line collaboration with Snoop Dogg and Benny Blanco. Fans reacted very positively and welcomingly after hearing the news. Although there is no confirmation given by BTS members and managers, only time can tell how they will look together.

Check out for more new updates on Google News

How does a top folk do a classic Dio at the Knitting Factory on her return?