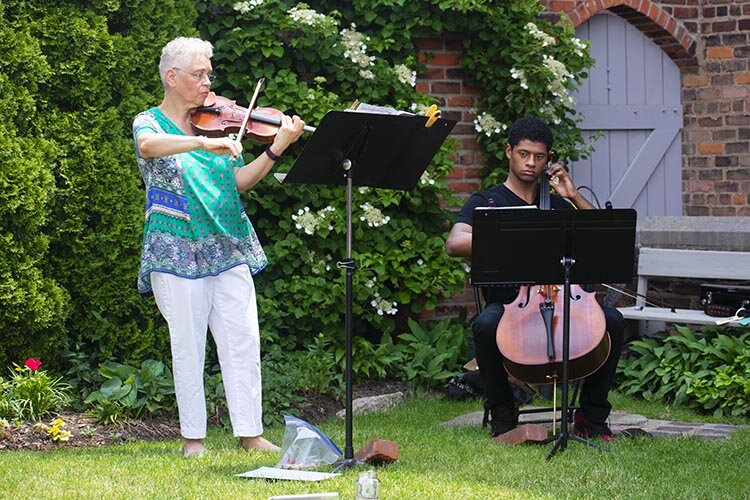 On June 4, the Scarab Club opened its outdoor garden to present a string duo, showcasing Velda Kelly’s talents on the violin and Cole Randolph on the cello. The day’s program included a brief article on how Randolph got involved in music and his journey. The 24-year-old was born in Washington, DC, and joined the Detroit Symphony Orchestra in 2020 as an African American Orchestra Fellow, after graduating from the University of Wisconsin-Madison in Mathematics, Music (Performance) and Economics.

In a city best known for making Grammy-winning rappers and Motown legends, Randolph feels like he’s standing out as an African-American classical musician in Detroit. Model D reporter Zaire Daniels sat down with him to ask him questions about his experience breaking down barriers. 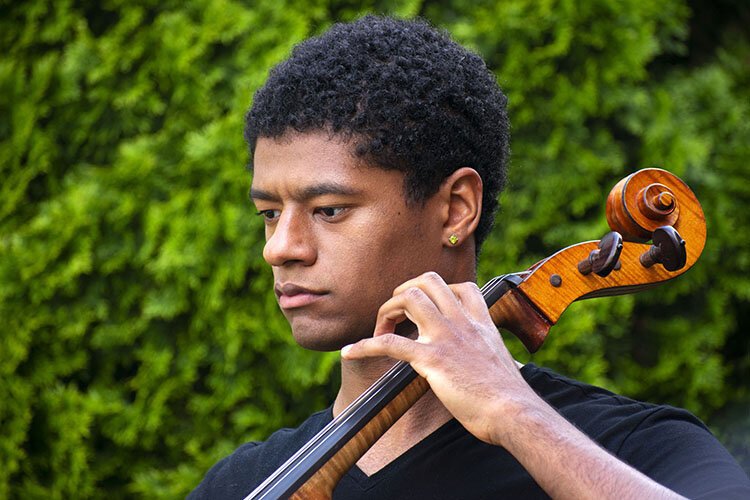 Zaire Daniels: So how did you get interested in classical music?

Cole Randolph: Growing up, my dad was a musician and songwriter. My older sister and my brother decided to play the violin. So when my mom gave birth to me and my twin sister, my dad said, in order to realize this vision of having a family string quartet, I played the cello and then my twin sister played the alto. So we have finished the Quartet.

We rehearsed in our living room closest to the street. People were always like, oh, wow, the music is so beautiful and then we would go out and they were kind of shocked, like unicorns had just come out, because that wasn’t an expected thing for four little black kids. coming out, playing classical music at a high level.

ZD: So what’s it like to be a black cellist?

CR: I started playing the cello at 5 years old and the hardest part wasn’t training. Then the hardest part was that you didn’t have anyone to admire. I didn’t really understand it, because I was young. But I love to play basketball with my brother. We could still go on YouTube and watch Allen Iverson clips, you know, Lebron James clips, whatever. When it comes to classical music, there was no one I could really admire except my dad, because he’s the only person I really know in terms of classical music. I considered myself more of a cellist than a black cellist, but when I got older and continued to play the cello, I would always watch and there were some very high level players who were white and Asian, you could always count on that, but blacks you could hardly find.

If we as black classical musicians needed inspiration, you know, there are a lot of mainstream African American rappers, singers, and songwriters. When it comes to classical music, there was no one in my culture that I could really admire.

ZD: What was it like studying cello at university?

CR: Well, my last year of high school, I kind of moved away from basketball. I had been playing since grade one and got offers at small D one and D two schools, but I knew it wasn’t something I really wanted to do with my life. I wasn’t thinking about ‘what have I been called to do? Why am I on this earth? ‘ I’m like ‘what will attract me girls, what will make me the most popular?’

My parents would tell me, “Oh, you should audition for this music school in Wisconsin,” but I didn’t play the cello much in high school. The teacher asked me to audition in person and, to be honest with you, it wasn’t at all the level it should have been. We talked about my life and my childhood and he asked if my parents were in Wisconsin. I was like, why are you going to embarrass me in front of my parents and tell them that I was not successful. He brought them in, and then to make a long story short he said, “What Cole has in terms of emotion and expressiveness in his playing, that can’t be taught, but the technical facilities he needs can. be taught and I can teach him, but he just has to promise we’ll work hard in the studio.

I mean, even going black again, like maybe I was one of the three at most, including myself in school. Wisconsin University was only 2% black out of 50,000 people. You know, growing up in Washington DC, very diverse all the way to Wisconsin and often in school within the school, being the music school, walking around the room you notice things like, everybody. world dresses differently from me, everyone is just different. I was like, I don’t really like it. Also, I felt like I was always catching up in terms of music and it didn’t do me good to be a minority student.

ZD: Now you said you majored in math and economics? How did you manage to keep it all together?

CR: First year, I knew I was making music to make my parents happy. I was just sitting in my academic classes, getting good grades, and then going back to music school and feeling kind of catching up. I made up a bs excuse to my teacher like, Oh, you know the music program won’t fit into my academic program next year. So I stopped playing the cello for a year and a half and decided to focus on math and economics. The following summer, I applied for internships on Wall Street and ended up getting an internship in sales and trading.

Once I got this offer I knew I was going to be secure financially, work hard, do whatever I had to do to make that money, but there was some sort of strength or something like that. Personally, I felt like it was God telling me to go back to the cello.

So I ignored it at first, then closer to the second semester of school, I continued to feel it. I emailed my teacher asking if I could take classes and he gave me hard work the whole semester. He told me if you were going to be in the studio you weren’t there to look cute and go out and tell people Oh, I’m playing the cello. I said to myself if I could play the movement of this concerto very well, that is to say like, the music goes on, I hit all the notes, it’s not just mechanical sound so I’ll go put all of them my eggs in the music basket.

So I played well and the next day I called the firm in New York and told them that I wasn’t coming that summer for the internship. My friends thought I was crazy because even then I was still the last president of the orchestra and my musical career was going to be difficult.

I continued to take math classes, continued to take economics classes, and went all-in on the cello. I did it for myself because I knew my parents weren’t telling me to do it, I wasn’t doing it to earn bonus points in bars. Anyway, it was actually my passion. I must have had tunnel vision. And I just kept working and I thank God that everything went well.

ZD: How do you think we can make the arts more accessible to Blacks and Maroons?

CR: I personally think that classical music is accessible. And it can be a hot thing, but I think it’s accessible, maybe not in terms of finances, especially in terms of strings, because there were friends that I had growing up who were very good at the cello, but had to quit because their parents couldn’t afford it.
You have to have the instruments, you have to make sure that there is an interview done on the instrument, so private lessons are expensive if you want a good teacher.

So one thing I think about is relativity rather than accessibility, I can inspire people with my presence but it’s really not enough for me. What I’m doing right now is doing cello covers of popular songs that I post to my Instagram every week. So one example I did was a solo “Cello Sonata” which I then paired with Chief Keefs “Love Sosa”.

The majority of African Americans don’t listen to classical music in their spare time, but by mixing and adding these beats, I can be a top classical musician, while also presenting this art to people who might not be. interested in classical music at first. Seeing someone who looks like you playing classical music at a high level
and knowing that I identify with this music can be a game-changer and get more people involved in the arts. 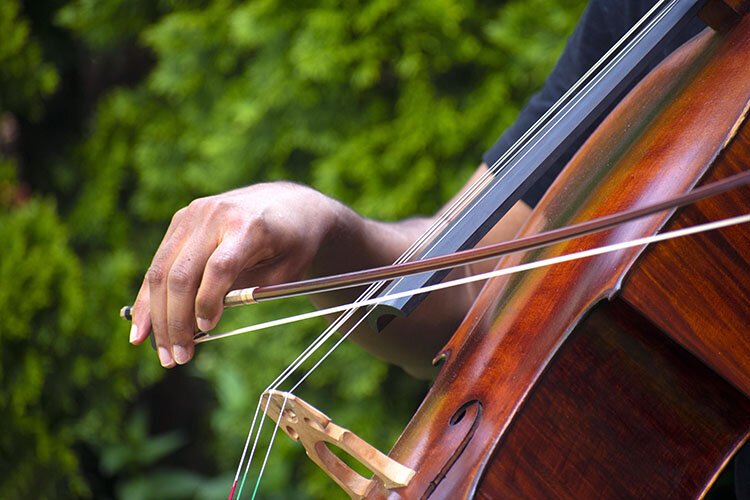 Diplo and Mickey Guyton among additions to 2021 American Music Awards