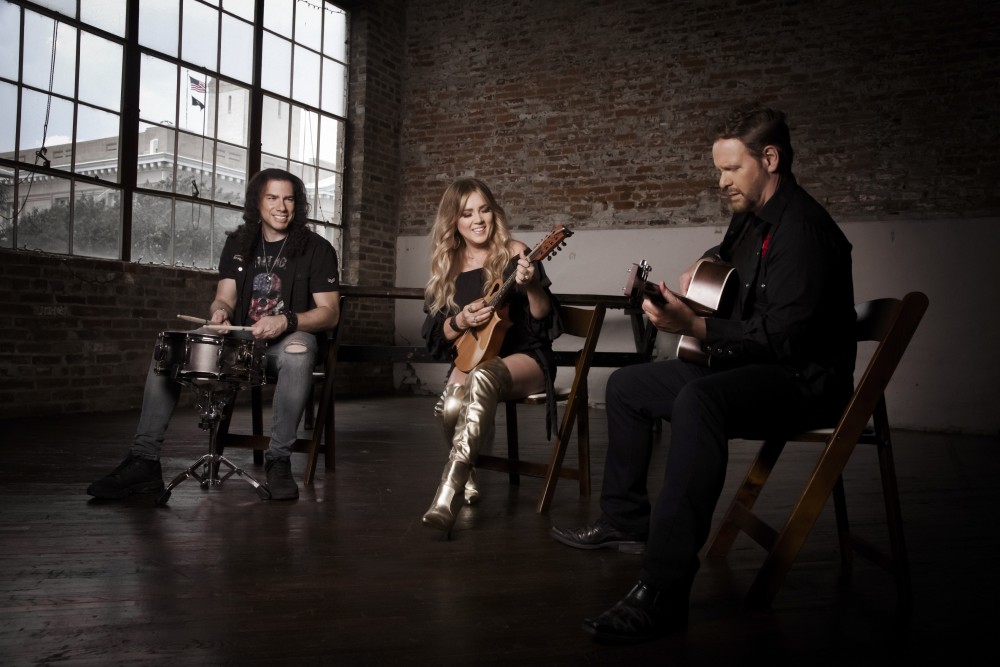 Nashville actor Herrick has won praise from industry figures and country music fans. Lead singer Donna Herrick’s voice was praised by George Jones (“That little girl can really sing!”) and the late journalist Chuck Dauphin. Writing for Billboard, Dauphin recommended the group to his readership, saying, “Herrick could very well contain the next great female voice of this generation in Donna Herrick.

For those who want a break from those worn-out terrestrial radio tunes, Herrick’s latest album “Sunderland Road” may be just what the doctor ordered. Noted for his “realms of melancholy reflection” per taste publication American Songwriter, this latest effort from the band has put them back on stage.

Donna Herrick spoke to Murfreesboro Voice ahead of her June 25 show at Gallagher Unplugged. Our interview with Donna is below.

For Murfreesboro Voice readers unfamiliar with Herrick, what can you share?
Well, I’m married to bassist, Kerry. The drummer is from LA. His name is Richie Rivera. We are basically a trio. We have been in the industry for quite some time. We moved here about 15 years ago… We are an independent country band… [Our latest] album is actually our third country album, “Sunderland Road”… That one came out during COVID.

One of our good friends that we have known for years…Ron “Snake” Reynolds– which, if you look at them, he’s like, he’s an icon here in town. I mean… He was just an amazing person. But, he called and said, “Let’s do some writing.” And so we ended up writing… We got “Entertainers of the Year” two years in a row from the [Josie Music Awards]. He was like, “Let’s go get you ‘album of the year’… I want to record you.”

We ended up recording the whole album… He ended up passing away in October with complications from COVID.

You have been nominated for three JMAs (Josie Music Awards) this year for “Sunderland Road?” Let’s discuss the importance of this.
The JMAs are the largest independent awards show…in the world. It’s specifically for independent artists. And so, this year, we were nominated for ‘Group of the Year’ and ‘Single of the Year’ for ‘Losin’ Cinderella Shoes’ – which was co-written by Snake, Kerry and I- same – and for “Album of the Year.” We’re thrilled about that, and we hope to win this award in Ron’s honor… It was something he really wanted for us.

You described Herrick as an “indie country” band. But the group has other musical influences?
We have our own little twist. The advantage of being independent is that we can grow as artists. We are country, definitely. But it’s just a different sound… I know we have a little more edge in our music. We don’t write to appease the country’s industry alone. We just write what we write. It comes from the country, of course, because that’s who we are. What appeals to our fans the most is the fact that we’re not your vanilla country band, you know? A group that sticks to the norm and tries to put itself in a box. We certainly don’t do that.

Did marching to the beat of your own drum work for the band? Or against?
Uh, both. The one thing it’s done for us is that the bestselling writers in Nashville – we’ve written with a lot – have been very supportive of us.

The producers, the people in the industry, they say, “Come on, come on, come on! They are the ones behind us, pushing us forward. The reason we’re still here actually is just to encourage us to keep doing what we’re doing. That’s country music. It’s not a thing. It’s about life. It’s about living life and writing about it because we’re songwriters too.

It worked against us in that it’s a bit more difficult… To be honest with you, I think [having] a female lead was harder for us than our different sound.

Oh good? Please explain.
Yes. We broadcast on the radio. We mapped several times. But I was told, “Well, because you’re a woman, we’re only going to play one woman against ten men.” It’s always like that. He did not changed. And the theory is that the [female] voice irritates the ear. But I’m a viola, so….

Wynonna came to a few of our shows. I remember her picking me up and hugging me. She said, “When I got to town, I had Loretta. I had all these people who were encouraging me… who were already there. It’s pretty much gone from this town. We have to support each other.

We even noticed that in the short time we’ve been there, things have changed. In the past, artists used to hang together. That’s why we mostly hang out with writers. There’s no bullying there, anything… It’s a different world.

In terms of creativity, did this lack of support force Herrick to create his best work?
The strangest thing is that I always write from a man’s point of view. Or, what I think a man’s perspective is, more likely. I have no idea what it really is! (Laughs) But I still do, which is weird. It’s a city of men, really.

It never really bothered me. We always give the best of ourselves. We always bring our A-game. We are not in competition with other artists. We are competing against ourselves. Basically, we try to be better every year, and that’s why we were so excited to record with Ron. Ron was just an incredible engineer, producer and gamer.

Herrick doesn’t play many gigs in Nashville, but does the band tour? If you’re avoiding Nashville, where does the band perform on their tour?
We stay in the South. We used to tour all over the country before COVID which pretty much made us stationary. We’re in Spring Hill, and we’ve done a lot in Columbia, a lot in Murfreesboro. [Being stationary] helped us with our fan base here.

Touring so much, we were ignoring the local fans. So it was nice. In Colombia, we fill up because people know who we are!

Now that pandemic concerns have subsided, do you think your band will return to the normal pre-COVID touring schedule?
I don’t even think COVID is the factor anymore. It’s just the expense. It is already difficult to break even, especially for freelancers. We do the checks… That’s why I’m thrilled to be in Murfreesboro. It’s cool to be able to focus on our people in our region.

Coming to Murfreesboro on June 25? What’s the show?
This is “Gallagher unplugged.” This is [Gallagher Guitar Co.], a family business. They are the ones who produce Gallagher guitars. They have guests. What we do is play their guitars. It’s a cool scene, up close…great. Just really great people there. They love music and they are there to listen to music. It’s a big concert hall.

You can actually visit the factory where they make guitars, right there. It’s a bit like what Gibson was before.

We will do a one hour show. We’ll do our originals…and we’ll throw some covers, you know, for fun. Only the best covers!

Besides touring and local gigs, what is Herrick currently working on?
We are constantly writing. Of course, we are writing our next album. But we have a single coming out in July. It’s the second single from the new album… We’ll be releasing it in July, and there will be music videos supporting the album. We’re going to release three singles this year, and that’s what we’re going to do. We cut the music videos for that, and we write too. And we have already cut several demos for the next album. So we are already working on the new album, which will be released if not next year or the year after.

You shared that the old support systems for female musicians and artists are gone. Have you considered doing anything in this space?
Yeah, I’m really trying. It’s really difficult with the COVID which has been going on for two years. It’s been hard to really connect with people.

But we have several artist friends that we talk to all the time. We very rarely have the opportunity to work with other people. This is something I would like to do more in the future, [especially since] we shoot more locally. We will be able to work with more people and bring more people into the fold and support each other.

Details on the Gallagher Unplugged show can be found via the Gallagher Guitar Co. website. For more information on Herrick, visit the group’s website website and social media.

White Lady, the next creation of the American group Working Class Hussys, is full of positive vibes