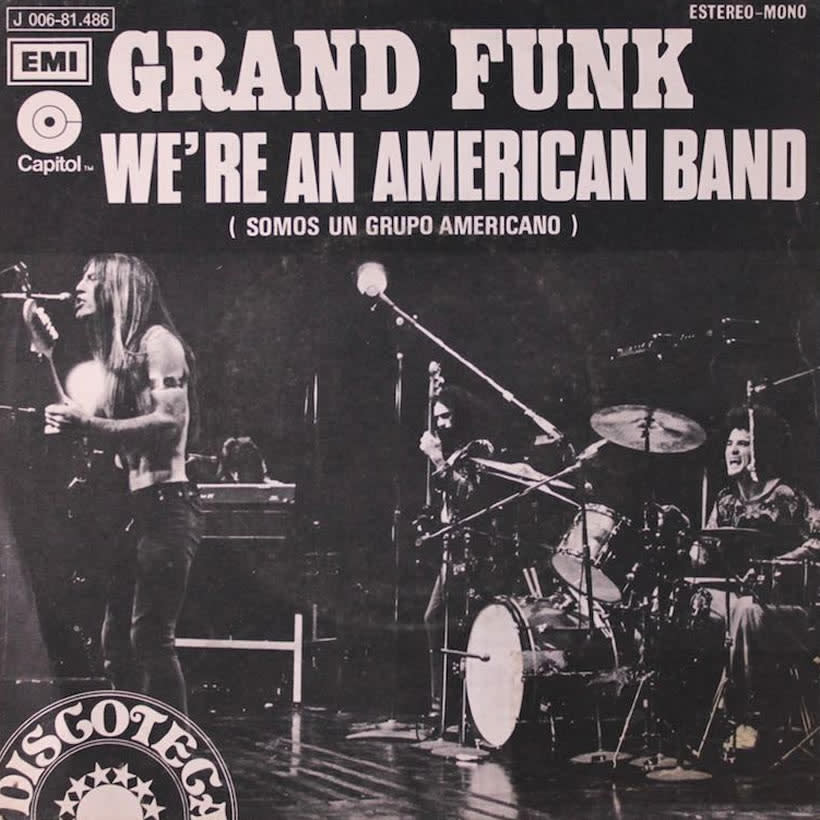 They had defied the sneaky American rock media for years, with their albums selling millions and frequent hits on the singles chart. But as of September 29, 1973, no one could deny that Grand-Funk were really the people’s group. It was all there in the title of the song that became the country’s best-selling single to that date, “We’re An American Band.”

The typically exuberant 45 in the newly restyled outfit, which lost its title track “Railroad” from that single and the album of the same name, hit the top four a week after its Hot 100 debut. It was with “Time Machine,” which climbed to #48, one of ten singles to peak below the Top 20 for Grand Funk over the next three years.

“We’re An American Band” was written by drummer Don Brewer and produced, like all the eponymous album, by Todd Rundgren. The LP itself had debuted six weeks earlier and now sits at No. 2, just behind the Allman Brothers groupit is Brothers and sisters.

Rundgren, the Pennsylvania artist-producer, was stepping out of his rock album’s comfort zone himself. He was entering the world of Top 40 radio, with the previous year’s hit single “I Saw The Light” and another on the way shortly after Grand Funk’s triumph, with “Hello It’s Me”. Now he proudly watched “We’re An American Band” make its steady ascent from Billboard chart.

In its tenth week, the single climbed 2-1 to replace Marvin Gayeit is “let’s go” at the top for a week, before Cher’s “Half-Breed” took over. Even more impressively, Grand Funk would be back in that position just over seven months later, with their remake from “The Loco-Motion” by Little Eva.

For the latest music news and exclusive features, check out uDiscover music.