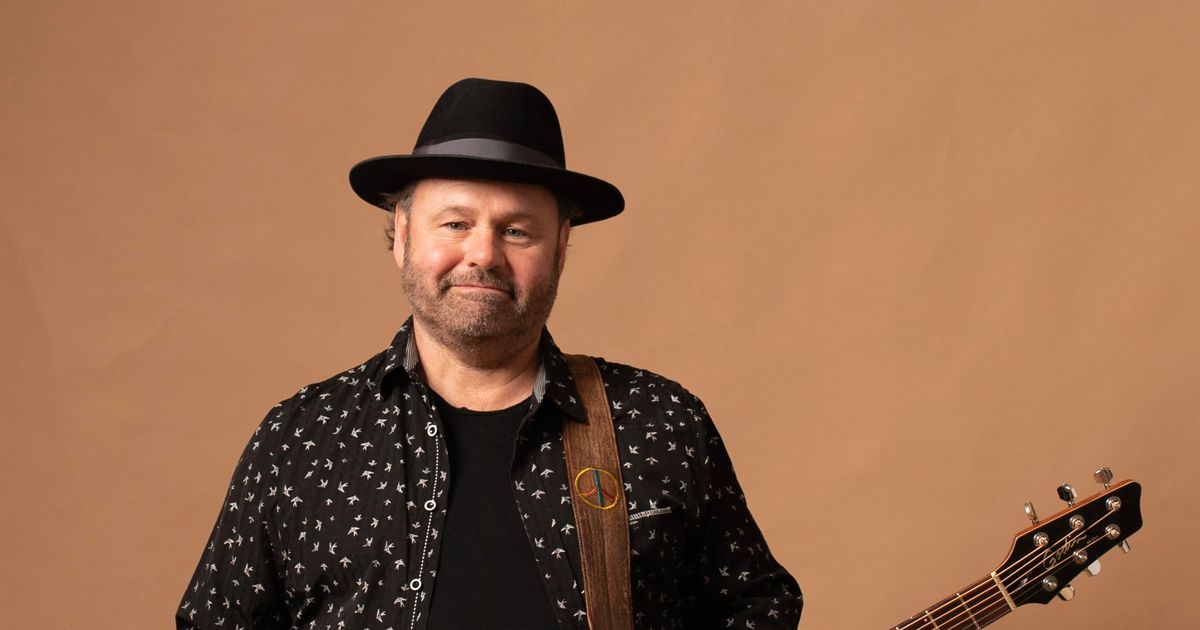 How does a top folk do a classic Dio at the Knitting Factory on her return?

Martin Sexton lives in the moment and his songs and performances reflect this approach.

Just before taking the stage at the Knitting Factory in May 2010, Sexton learned that legendary singer Ronnie James Dio had died of cancer.

“I remember playing in Spokane the night Ronnie James Dio died,” Sexton said. “We opened the show with ‘Rainbow in the Dark’ by (Dio) and the crowd sang with us. It was such a powerful moment that I will never forget.

A folk singer inspired to sing a metal classic makes for an unforgettable concert experience.

While on lockdown through the summer of 2020, Sexton captured the moment with his latest album, “2020 Vision.” Sexton, who will perform at the Lucky You Lounge on Tuesday, looked at a divided America from the confines of a home united by his family.

“It was a scary time, but here at home I enjoyed the rare opportunity to be with my family non-stop,” Sexton said. “So the songs were written almost like an album of that era trying to keep an upbeat outlook during an otherwise dark time.”

“2020 Vision,” which is Sexton’s first release since 2015’s “Mixtape of the Open Road,” showcases Sexton’s vision for America. It’s a nice bookend to his 1998 album, “The American,” which is the cerebral singer-songwriter’s take on his days with major label Atlantic.

“America is a unique and amazing place,” Sexton said. “There really is no country like this.”

Sexton, 56, optimistic about the future, wants to bring people together. “Unity is my mission,” Sexton said. “I am honored to be the messenger of such a powerful unifying force as music. I love watching the crowd and seeing people of all kinds sing along with me. It’s the little changes we make that count.

The Syracuse, New York native, who began his career on the streets of Boston a generation ago, is working on some new tunes. Unlike some of his peers, Sexton can write in any situation.

“My songwriting process is all over the place,” Sexton said. “It can be anything from sitting in the middle of a lake in a canoe to being behind the wheel of my truck. Or maybe even right in front of the mic in the studio for that last minute line change.

Anything goes with Sexton’s songwriting and the same can be said for the live Americana artist.

“I very rarely use a set list,” Sexton said. “Spontaneity reigns as fans shout tunes from the crowd. It brings a sense of immediacy and uniqueness to every show. No one knows, including myself, where the performance will go. But it’s still an inclusive concert.

There have been a number of ups and downs for Sexton over his 30-year career, but the artist, who received the National Academy of Songwriters Artist of the Year award in 1994, is grateful to have stability thanks to its loyal fan base.

“My career has had its ups and downs over the decades and I feel so lucky to have an audience that keeps coming back and bringing their friends and family with them,” Sexton said. “I still meet people who saw me on the streets of Harvard Square and they’ve been with me ever since.”

It’s been 20 years since Sexton decided to leave Atlantic to become a freelance artist. “I got a little boost from Atlantic,” Sexton said. “After leaving the major label, I released my double live album (“Live Wide Open” from the 2000s) which funded my small footprint and sent me on my way as an independent artist, which brought some of the best years of my life. Hey, Atlantic was awesome, they let me make the records I wanted to make and even produce the second one myself (“Wonder Bar” from the 2000s). But after that , I realized that I didn’t need big guns to reach fans, so I opted out in 2002 and went independent and haven’t looked back since.