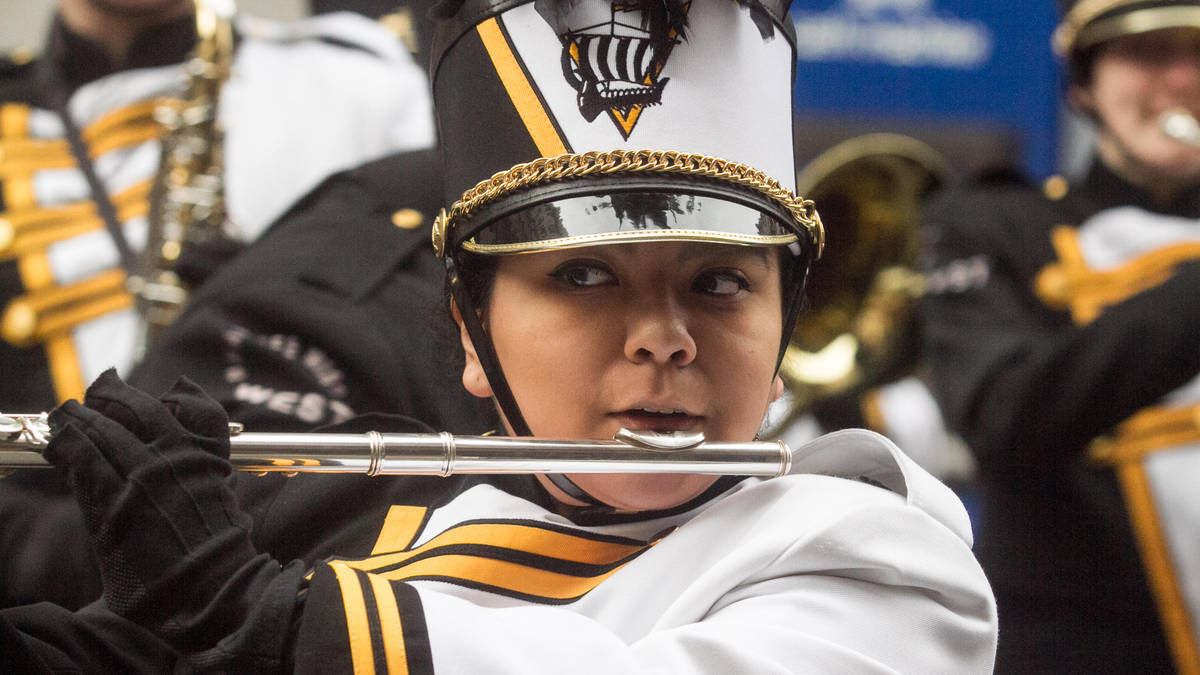 How the marching band became a staple of American music education

In America, high school football games conjure up images of players with padded shoulders, choreographed cheerleaders, and a cheerful marching band. But how did this musical ensemble become so well anchored in the country’s education system?

The history of marching bands dates back to medieval times, when musicians were included in feudal armies, in order to maintain the morale of the soldiers, as well as to lead the troops.

But while most countries have maintained a marching band presence in their military institutions, America has brought the marching band into the classroom.

Today, music ensembles are a staple at most high schools and colleges across the country.

But how did this musical ensemble with military history end up on the school football field?

When were marching bands introduced in schools?

Brass bands have been present in American universities since the 19th century.

This is usually because they were associated with the Reserve Officer Training Corps programs, which are university officer training programs.

Founded in 1845, America’s oldest university marching band is the Band of the Fighting Irish at the University of Notre Dame, and the group first performed in a football match 30 years later, in 1887.

It is said that the founder of the university, Reverend Edward Sorin, was a clarinetist and wanted the university to have a strong musical program.

In 1907, after being inspired by a flock of birds flying in a V-formation, the Purdue All-American Marching Band became the first group to break standard marching patterns, as seen on the battlefield, and to create pictorial formations instead.

The first halftime show at a football game was presented that same year, by the University of Illinois Marching Illini.

Appearing along with these new musical innovations, was the concept of a college fight song, which were pieces of music written to inspire morale and a kind of patriotism for your school.

These began to be performed by college groups at sporting events, in order to encourage spectators to clap louder and join in the words inspired by the spirit of the school.

Watch more: The rock’n’roll performance of this marching band is fascinating

Are there marching bands in the UK?

Since the 18th century, each regiment in the British Army has maintained its own military band, and the Marines and the Royal Air Force also have their own ensembles.

Marching is an important tradition in the military and learning it is part of basic training in the UK and other countries.

In the British Army, all musicians are qualified soldiers and each performer must undergo basic military training before beginning their musical training.

The marching bands parade while participating in parades and various other performances, such as Trooping the Color and Changing the Guard.

Have you ever wondered what it looks and sounds like in a band, walking through London? Well, with a special “Bands-Eye” view, wonder no more! Join Central Band as they take part in this year’s #PrideinLondon Parade and entertain 1.5 million people along the way. We had the privilege to be a part of this wonderful opportunity and to show the Royal Air Force’s support for diversity and inclusion. ðŸ³â€ðŸŒˆðŸ¦„â¤ðŸ§¡ðŸ’›ðŸ’šðŸ’™ðŸ’œ #PrideMatters #RAFLGBT #RAFPride Ps Has anyone ever considered the YMCA to be a walk before !? No, neither do we …

Music in the parades

The groups perform in several parades around the world, from royal events to annual vacations.

In most parades, the marching band will be led by a “drum major” (also known as the field commander). This role is responsible for leading the ensemble, and due to the expansive nature of a parade, they will typically carry a large stick or mace.

The creators of these companies are all from Michigan.