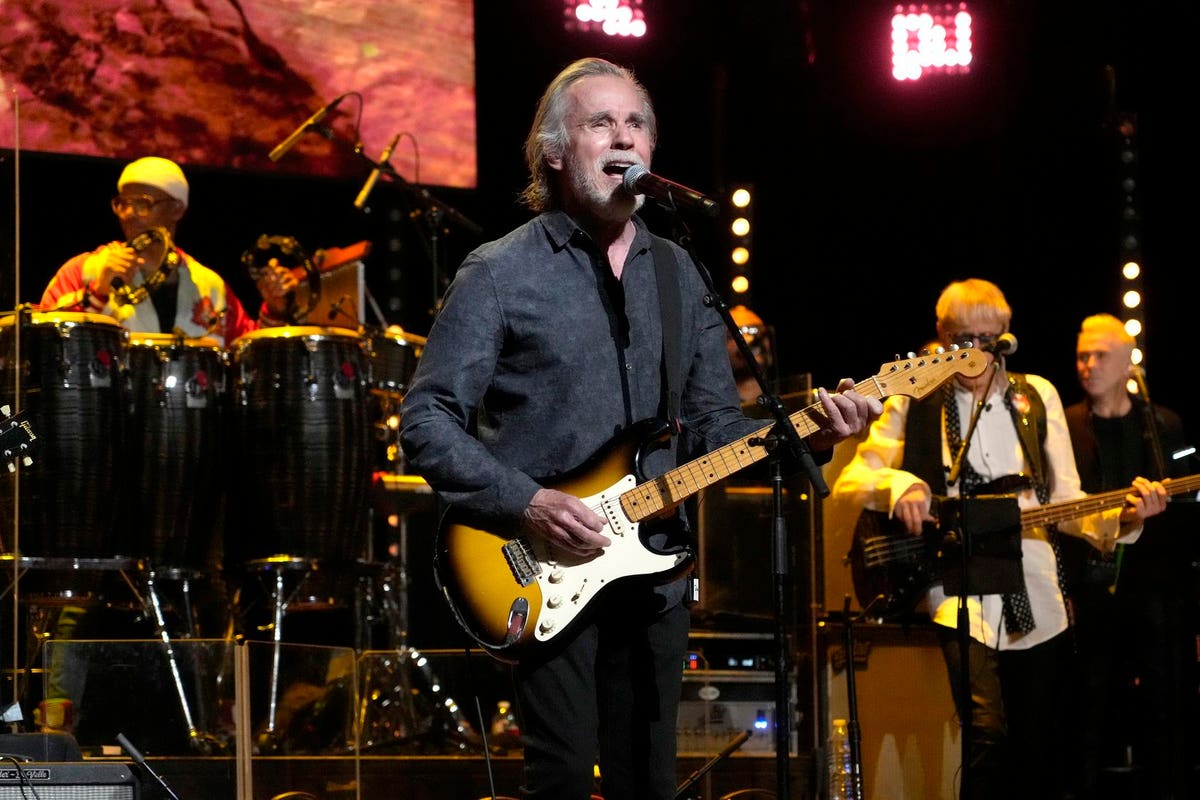 What do Jackson Browne’s masterful nearly three-hour play at the Greek Theater in Los Angeles and St. Louis Cardinals first baseman Albert Pujols’ pursuit of 700 career homers have in common? Much more than you think.

Browne and Pujols, early in their Hall of Fame careers (Pujols is not yet inducted, but is a surefire first ballot member, and Browne is in both the Rock And Roll and Songwriter’s Hall of Fame) , were perennial MVP candidates at the absolute peak of their craft.

The two enjoyed immediate success – Pujols won Rookie of the Year in 2001, while Browne hit the top ten with the hit single “Doctor My Eyes” – and followed that up with more than a decade of subsequent dominance.

But that kind of spike in popularity is largely unsustainable, and the two have settled into becoming silent superstars. For Browne, the turning point came during the time of 1986’s highly underrated Live in balance album. After four consecutive top ten albums and seven consecutive platinum certifications, Browne’s voice has become much more political. Live in balance and the album failed to reach the top ten and went gold.

There were some wonderful moments, including the poignant “Heart-Shaped” story, one of the highlights of the Greek show. And that brings us to the present day. Just as Pujols captivated and reminded fans of his status as one of the all-time greats with his recent resurgence that earned him nearly 700 career home runs, Browne and his stellar group have done the same to the Greek, reminding everyone that there’s a hell of a reason Bruce Springsteen inducted him into Rock Hall in 2004.

Opening with the 1982 top ten “Somebody’s Baby”, from Fast times at Ridgemont HighBrowne has traveled a long tapestry of hits and timeless album cuts.

The songs he can draw on have shown anyone who might have forgotten that Browne is among the elite of great American songwriters of the past 50 years. Just the three songs he performed from the classic late for the sky album – the hauntingly cut title, one of the greatest breakup songs ever composed; the superb “Fountain Of Sorrow” and the elegiac “For A Dancer”, my vote for the greatest song about death of all time – would be enough to show why he is in the Songwriters Hall Of Fame.

There were countless other highlights though. The show was split into two sets with a brief intermission. In the first set, some of the standout moments included “Rock Me On The Water,” the charming “The Barricades Of Heaven,” last year’s rocking title track. Descent from everywhere album and the set is getting closer, a superb cover of “I Am A Patriot” by Steven Van Zandt, where Browne had fun with the lyrics. In the song where Van Zandt wrote, “I’m not a Republican,” Browne added, “Obviously,” in this version, prompting laughs. And he added: “I am not homophobic” among other things. However, for me, the highlight of the first set was the rarely played “That Girl Could Sing”, an underrated chestnut from the 1980s Resistant album.

Watching Browne perform “That Girl Could Sing” and “Fountain Of Sorrow” in the first set reminded me of the current Eagles Hotel California round. Just as Eagles fans come for the title track and “Life In The Fast Lane” and then see “Wasted Time” and “The Last Resort” and remember the incredible depth and depth of the band’s catalog, fans come see “Doctor My Eyes” and “Running On Empty” were shown. Browne’s catalog is more than just hits.

That doesn’t mean, however, that the hits haven’t been a big part of the night. The main set ended with an absolutely raucous and joyous “Running On Empty”, delivered as a triumphant celebration of the song’s 45-year history as a centerpiece of Browne’s live show.

Leading up to this was a festival of hits, including “The Pretender”, “Doctor My Eyes”, “Late For The Sky”, and “Redneck Friend”, among others. Each of these songs was performed with the combination of the fervor of an ever-hungry new band and the experience and wisdom of an artist who has lived more than 40 years from these songs. This was especially true of the amazing ” These Days,” the song Browne pointed to was the earliest he had played.

Equally impressive was a sweet rendition he played of the recent “The Dreamer,” a song celebrating immigrants. It was another Pujolsque moment, as he showed that even if recent albums haven’t received the same attention as previous works, he can still knock them out of the park.

It was one of the best messages of that evening. Sure, Browne is a legend, but he doesn’t live in the past. He is still a vibrant force in music in 2022.