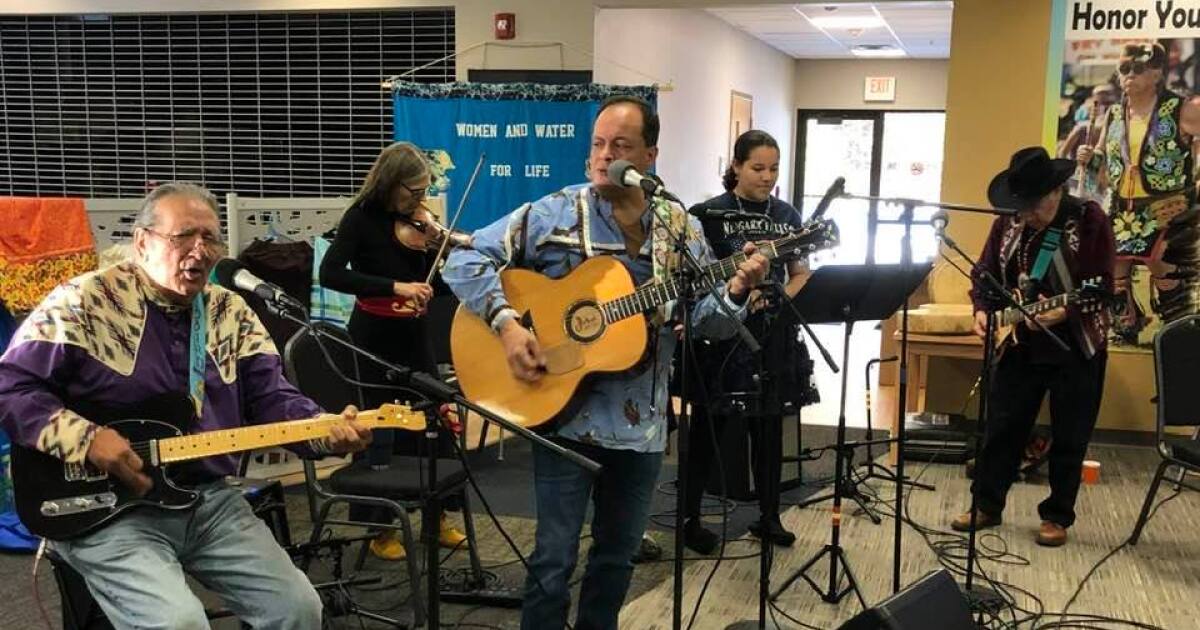 Six songs written by members of the Lac du Flambeau tribe are shortlisted for the Native American Music Awards.

The awards aim to honor Native artists from across the continent and recognize the importance of music in many Native American cultures.

This is the most nominations the Lac du Flambeau Tribe has ever received in a single year.

Bobby Bullet St. Germaine and his wife, Pamela Nesbit, helped produce five of the songs nominated for this year’s awards.

But those aren’t the only songs Bobby Bullet has in the running this year.

He and his wife have also produced several songs with the students of Lac du Flambeau, as part of their Music on the Go program.

“Right now, I’m sharing some of the musical knowledge that I have,” Bullet says. “It started with just guitars and the kids got into it for a while. But then it turned into songwriting and as far as songwriting goes, it really took off from there because the kids had a chance to express what’s going on in their lives, so the songs were born out of that.

A group of elementary and high school students from Lac du Flambeau won the award that year.

This year, the students are back with three nominated songs in the category: Changes, I Got Shoes and I want to cry – a song written about missing and murdered Indigenous women.

“I started singing it myself and it didn’t sound right, it was kind of like a blues song,” Bullet says. “But my wife Pam added a flute to it, and it became more of a tender song about it.”

In addition to the work of Bobby Bullet and Pamela Nesbit, Darren Thompson was also nominated in the Best Native Flute category.

All of the songs nominated for this year’s Native American Music Awards can be found at their website. Voting takes place until March 31.

Winners will be announced at a virtual awards show in early spring.