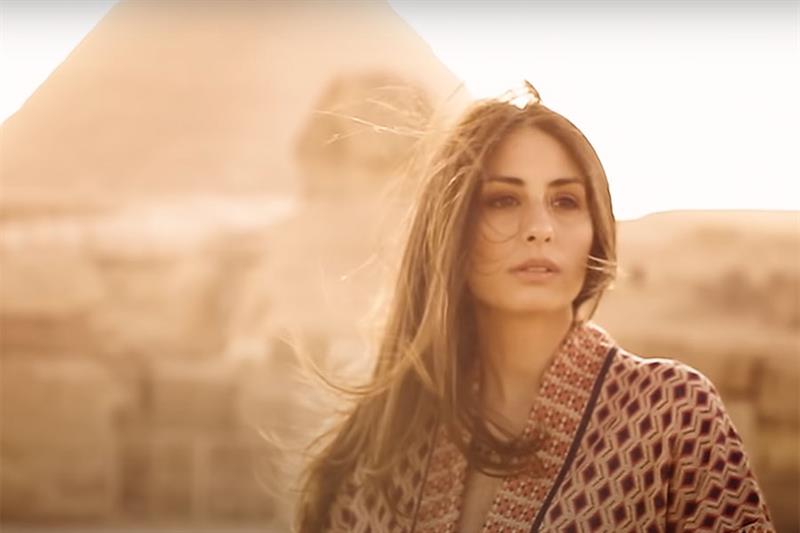 Lebanese singer Hiba Tawaji at the Grand View of the Pyramids of Giza, Egypt. (Photo of his cover of the Egyptian classic Tolaet Ya Mahla Norha, produced by Oussama Rahbani)

Tawaji added a lyrical twist as he performed with the three international Grammy-winning Pentatonix members in the song Hark! The herald angels sing, your glory is here.

Tawaji, who previously collaborated with Rahbani on an album of Christmas carols called Hallelujah, recently caught the eye with a new version of the song Que Sera Sera, in which she collaborated with Puerto Rican singer Luis Fonsi of Despacito.

Rahbani, who is one of the most influential composers in the Middle East, is the son of Lebanese musician and poet Mansour Rahbani. He released several albums with Tawaji: Bidayi wala Nihayi (2011), Ya Habibi (2014), Hiba Tawaji 30 (2017) and Hallelujah (2017).