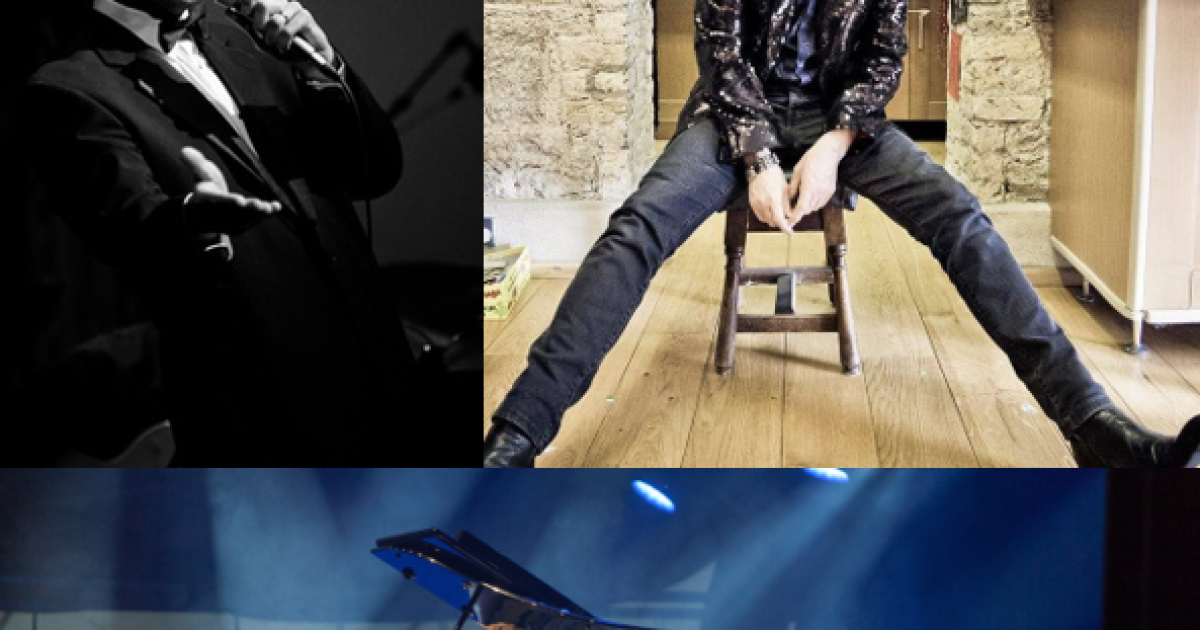 Jerry Gretzinger is best known in the Capital District as a beloved and highly respected news anchor who spent behind the desk at both WRGB-6 and WNYT-13 in Albany. But what you might not know is that Jerry is also an accomplished crooner. Whether with his Sinatra tribute solo show or with fellow anchors Jessica Layton and Benita Zahn as part of “The Singing Anchors”, it was always a real treat to hear Mr. Gretizinger stepping out from behind the desk and into a live band. This recording is from The Linda’s vault circa 2011, but the sound sounds like it’s straight out of 1961. And fun fact, next time you’re in The Linda, look behind you and a nice picture of Jerry from that gig adorns our back wall. From 2011, here is Jerry Gretzinger, live at the Linda

Next are the Waterboys. The Waterboys are a folk-rock band formed in Edinburgh in 1983 by Scottish musician Mike Scott. The band’s members, past and present, consist mainly of musicians from Scotland, Ireland, Wales and England, with Mike Scott being the constant member throughout the band’s career. They have explored a number of different styles, but their music is mostly a mix of folk music and rock and roll. They disbanded in 1993 when Scott left to pursue a solo career. The band reformed in 2000 and continue to release albums and tour around the world. Scott emphasizes a continuity between The Waterboys and his solo work, saying that “To me, there is no difference between Mike Scott and The Waterboys; they both mean the same thing. They mean me myself and those who are my current musical traveling companions. This group of companions was The Waterboys around 2013, here they are live at the Linda.

Next on our time travel edition of “Live At The Linda” is Jimmy Webb. Jimmy Webb is an American songwriter, composer, and singer known worldwide as a master of his craft. His timeless hits continue to be played and recorded by the biggest names in the industry, and his new compositions span the musical spectrum from classical to pop. Last year, his “Wichita Lineman” was on the set list of three major artist tours – Guns N’ Roses, Little Big Town and Toby Keith – and featured prominently in an episode of the Netflix series Ozark. . Few artists can say they created a classic nocturne and had a rap hit with Kanye West (“Do What You Gotta Do” a middle hook in “Famous”) in the same year, but Jimmy’s career is full of surprises. Since his first platinum disc “The Worst That Could Happen”, Webb has had many hits, including “Up, Up and Away”, “By the Time I Get to Phoenix”, “Wichita Lineman”, “Galveston”, ” Highwayman”, “All I Know” and “MacArthur Park”, and also became a leader and mentor in the industry as a champion songwriter.

Thank you for staying with us this week. Join us next week for a preview of upcoming shows here at The Linda. For more information about The Linda or any upcoming events, follow us on TwitterFacebook and Instagram, or visit thelinda.org.