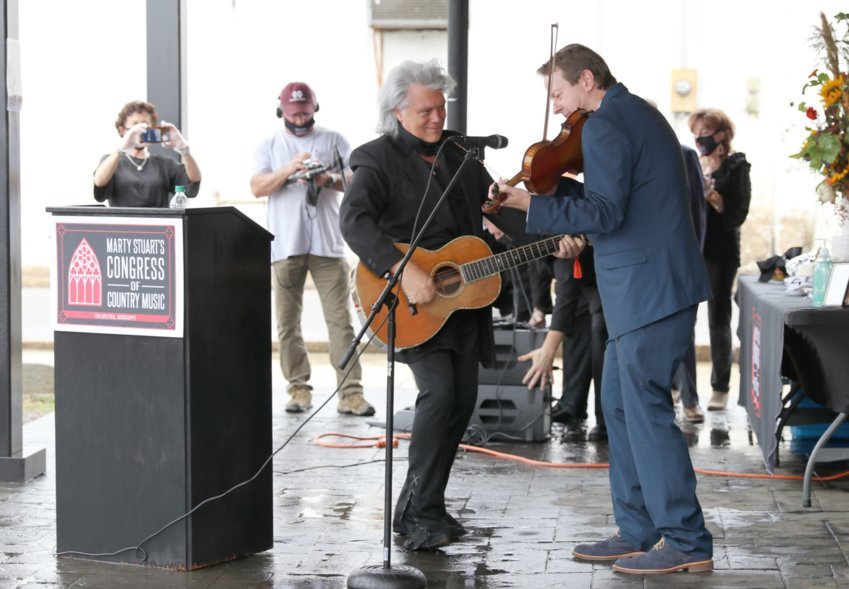 Marty Stuart will be the recipient of the GRAMMY MuseumÂ® Mississippi’s Crossroads of American Music Award at their 2021 gala in December, it has been announced.

â€œI’m so proud of my Mississippi musical heritage. I’ve proclaimed it all over the world,â€ Stuart said. â€œThe Crossroads of American Music Award is a tangible reminder of where I’m from and what I’m a part of. When you cross the state border, the sign reads Birthplace of America’s Music. That says it all. Be recognized by the GRAMMY Museum Mississippi to have done something I love and to be mentioned alongside past recipients Bobby Rush and Charley Pride is indeed an honor. “

Stuart, originally from Neshoba County, is a GRAMMY-winning singer, songwriter and musician. Since learning the guitar and mandolin as a child, he has played alongside the masters, from Johnny Cash to Lester Flatt, who discovered him. He has been a global ambassador to Nashville, Bakersfield and intermediate points and has safeguarded country music‘s most treasured traditions and physical artifacts, including the Carter Family Patriarch AP Carter’s brogan and an assortment of black boots from Cash among his vast collection of memorabilia.

Stuart is renovating the Ellis Theater in downtown Philadelphia to become the Marty Stuart Congress of Country Music.

Developed by the Cleveland Music Foundation – a non-profit organization founded in 2011 – the 28,000-square-foot GRAMMY Museum Mississippi is located near the campus of Delta State University, home of the Entertainment Industry Studies Program. Delta Music Institute, which offers the most unique audio recording facilities in the South.

The museum offers a dynamic combination of public events, educational programs, engaging multimedia presentations, and permanent and traveling interactive exhibits, including a Mississippi-centric area that introduces visitors to the impact of songwriters, producers and Mississippi musicians on traditional and modern landscape music.

Additional details on the first in-person gala since 2019 which will include a reception, cocktails, live music and a live silent auction will be announced at a later date, organizers said. The 2021 gala will be themed “Sparkle and Twang” and feature a special appearance by Stuart, who will accept the award and perform live.

Tickets for the 2021 gala to be held at 6 p.m. on Wednesday, December 1 at the Grammy Museum, 800 W. Sunflower Road, Cleveland, went on sale Tuesday, October 19 to museum members and will go on sale to non-members on November, 1st. General admission prices are $ 150 and an education ticket package is available for $ 500. Tickets are available at the museum box office which can be reached by calling 662-441-0100.