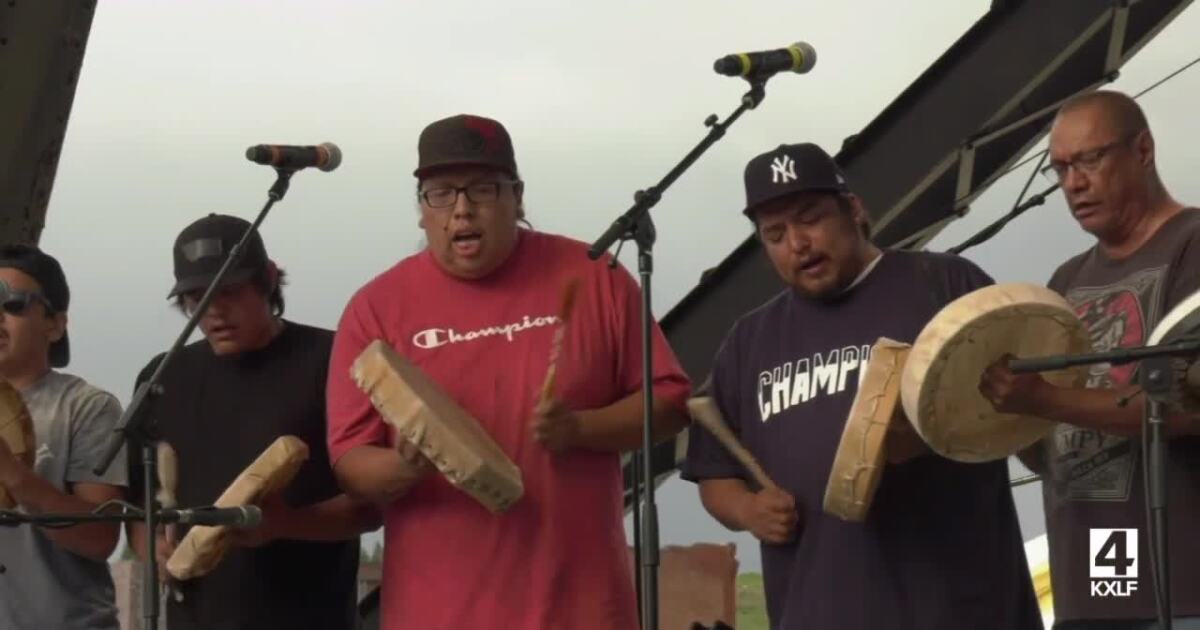 BUTTE – The folk festival ends on Sunday, here in Butte, and music from a wide range of genres is represented.

And one group that’s getting a lot of attention is the Native American music of the Assiniboine Cree.

“We have always been a family group since we were knee high. Our late father, he gave us this path. For us, Aboriginal songs are really important,” said Jason Belcourt of the Assiniboine Cree Singers.

Hailing from the Fort Belknap and Rocky Boy reserves, the Assiniboine Cree are a family group that is in its fifth generation of preserving the musical heritage of its tribe.

For Jason and his family, music is more than an art. It is sacred.

“It’s almost like a key that opens during a ceremony, a prayer and even a social dance. This way of life this music has always been instilled in us since we were little. We have always been a large family group consisting of our late father Charlie, his brothers and their children, and then us. Even now we have grandchildren, great-grandchildren, taking over this family group,” Belcourt said.

For the Assiniboine Cree, there is a song and a chant for just about every occasion.

“So whether you’re praying or sweating or ceremonial or even just singing a love song to your wife, it opens doors for you,” he said.

The song the Assiniboine Cree performed with booming drums and soaring vocals was the music that would be performed at a tribal social gathering.

“I’m too young to talk about the ceremonial side so we chose to come here and share our social dance. The social dances we know today as powwows. There are already powwows. It’s relatively new to us, probably about 100 years old, this powwow way of life,” Belcourt said.

Over the weekend, this group hopes to introduce the crowd to many forms of Native American music.

“We hope to feature some of these tribal dances, tribal dances, dressy jingle dances, sneak-ups, various dance forms. We also hope to involve the crowd and maybe do a round dance or two,” Belcourt said.

This is the Assiniboine Cree’s first trip to the Montana Folk Festival and it is shaping up to be a memorable experience.