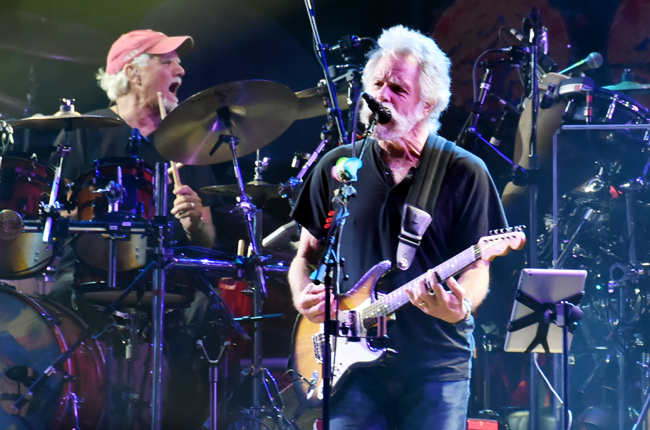 American celebrated 239e birthday yesterday. In Chicago, another American institution took a milestone, as the Grateful Dead turned 50 and performed their penultimate show as a group. The occasion drew many tributes. A record number of people deposited in Soldier Field. New York’s Empire State Building set the colors of Dead alive, something that has “never been done before for a rock band of this magnitude.” And celebrities showed up in droves, including Katy Perry, John Mayer, Woody Harrelson, Chloe Sevigny, Liz Phair and Al Franken.

Even President Obama took note of the occasion. The Grateful Dead performed a show in support of the president’s first campaign in 2008, and since they ended their careers in his hometown, it was only fitting that he offered the group praise and wishes from happiness. â€œIt’s fifty years of Grateful Dead, an iconic American band that embodies the creativity, passion and the ability to bring together the people who make American music so great,â€ wrote the president. â€œEnjoy this weekend’s celebration of your fans and your legacy. And as Jerry would say, “Let there be songs to fill the air.” “

Read the President’s Letter below and check out Billboard’s review of the Friday’s Dead show.

Alabama Shakes could be America’s next big group