Rive Video Presents: Pop star Kendra Erika releases new hit ‘Come and Get It’ – which is already climbing the charts 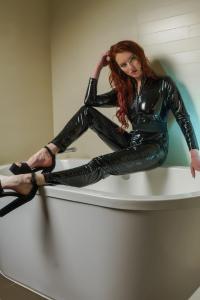 We are coming out of a time when we all felt controlled and influenced to do something that didn’t feel natural to us… living in a box, when all we need is to live free, to seize the opportunities .

FLORIDA, United States, Nov. 9, 2022 /EINPresswire.com/ — Kendra Erika is a spicy, edgy performer with a touch of vintage Hollywood and a flair for winning the hearts of her fans. Kendra’s Deep House/Pop recording style developed from the eclectic vibes of her surrounding music culture and community. Focused on staying true to her core art and being authentic to who she is, Kendra brings a dynamic cinematic experience to everything she produces. Dubbed the “Queen of Hearts” by Hollywood Life Magazine, she has worked with a host of Grammy Award-winning producers such as Charlie Midnight (Billy Joel, James Brown, Joni Mitchell); Jan Fairchild (Elton John, Mary J Blige); John DeNicola (Hungry Eyes and Time of my Life from Dirty Dancing); Damon Sharpe (Ariana Grande, Jennifer Lopez); Ned Cameron (Kid Ink, Lil Wayne); Mark Mangold (Cher, Michael Bolton); Luigie “LUGO” Gonzalez (Janet Jackson, Madonna, Barbra Streisand).

Kendra reached 5 Top Ten songs on the Billboard Chart in less than three years. She’s released a dozen singles and worked with top producers and songwriters, including “Try Again”, a heartfelt remake of Aaliyah’s original song produced by Timbaland. The track was produced by RUNAGROUND hitmaker Andrew Kirk (100 million views on YouTube). Kendra has also attracted musical collaborations with the crème de la crème of the industry. As Broadway reopened in late 2021, Kendra released her dance remake of Wicked’s “As Long As You’re Mine” with 2x Tony Award nominee, Rock of Ages star and American Idol finalist Constantine Maroulis. She previously had five Top 10 dance hits, including “Self Control,” which reached No. 1 on the Billboard Dance Chart, and “So Fly,” which peaked at the Top 10 on the UK Dance Charts. Kendra’s single “Rapture,” released in the spring, featured a collaboration with Ronnie “CHICO” DiCicco (JLo, Rihanna, Britney Spears). Rapture was followed by a catchy remix featuring Tobtok, aka Tobias Karlsson, who leads the new wave of Swedish electronic music DJs/producers.

“Come and Get It” is Kendra’s third single of the year and is an impressive statement about her burgeoning presence in the dance/pop world. The track is a tour de force of soaring vocals and contagious throbbing rhythms, elevated beyond mere “dancefloor banger” status by Kendra’s clever and intricate lyricism. While comparisons could be drawn to artists like Lana Del Rey, Ellie Goulding and Kate Bush, “Come and Get It” proves that Kendra has a musical perspective and approach all her own. The accompanying music video adds an appealing visual component to the song, showcasing Kendra’s star power on camera and giving audiences a taste of her caustic performance style.

Kendra has this to say about the message behind her new single:

“We are coming out of a time when we all felt controlled and influenced to do something that didn’t feel natural to us, which was to live in a box, when all we need is to live. freely to seize opportunities. “Come And Get It” is that powerful statement that says to strip away all oppressive forces and not depend on anything or anyone to make our decisions. If you want life, come get it. Go with your heart, spread your wings from the Rapture and live high in the clouds!”

Kendra continues to perform and headline crowds, including the Tea Dance in New York, an annual Gay Pride event where past headliners include Better Midler and Lady Gaga as well as openings for pop artists internationals, including Jason Derulo. Kendra also uses her haunting voice to benefit others. Throughout her career, this influential artist has collaborated with numerous charitable causes, including the Unicorn Children’s Foundation, Recovery Unplugged, MusiCares and War Child. Kendra has dedicated a portion of the proceeds from her song ‘Song of Hope’, co-written and produced by Charlie Midnight and Jan Fairchild, to help empower war-affected children.

Kendra is also a voting member of the Grammy Recording Academy. Stay up to date on the latest news with Kendra on social media platforms Facebook: https://www.facebook.com/KendraErikaMusic/, Instagram: https://www.instagram.com/kendraerika/ and Twitter: https://twitter.com/kendraerika.

Kendra Erika – Come and Get It (Official Music Video)


EIN Presswire’s priority is source transparency. We don’t allow opaque clients and our editors try to be careful not to weed out false and misleading content. As a user, if you see something we missed, please bring it to our attention. Your help is welcome. EIN Presswire, Everyone’s Internet News Presswire™, attempts to define some of the boundaries that are reasonable in today’s world. Please see our editorial guidelines for more information.