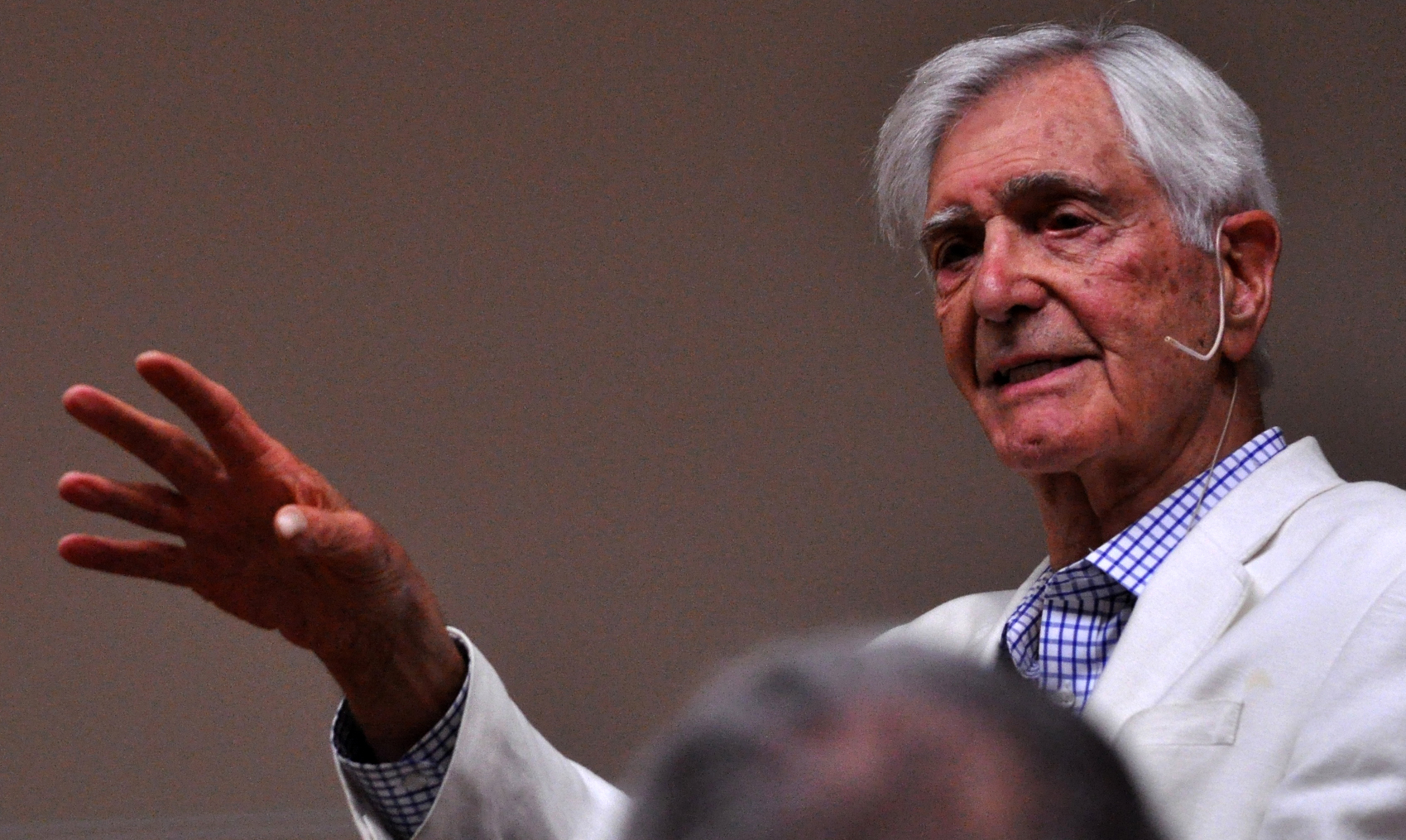 Beloved TV personality Sonny Fox brought friends with him on Monday to put on a show at the Westport Library, even though they were only present in spirit.

Fox has released music videos of songwriters and lyricists talking about famous and familiar Broadway songs or film scores they created, clips that Fox said had not been seen for decades. Between the short segments, Fox recounted biographical anecdotes about those on screen – and promoted his autobiography, “But you made the headline: Wonderama, the war, and a whole lot of life.”

Fox, a World War II veteran, former host of longtime children’s television show “Wonderama”, and executive and broadcasting consultant, illustrated his library presentation with clips from “The Songwriter,” the series that ‘he produced for CBS Cable in the early 1980s which featured Broadway composers and lyricists from the golden age of musicals.

Yip Harburg sang “Over the Rainbow” in a music video, and Fox put the classic song “Wizard of Oz” in context: Harburg had gone bankrupt in 1929 and, seven years later, became a lyricist instead of a man. businesswoman, sang on blue sky after a rain storm, where dreams come true.

“He really believed there could be a rainbow, and he looked for it. He was very left … It ended up costing him dearly,” Fox said, explaining that Harbug had been banned. to act, write or travel abroad from 1950 to 1962 as a result of anti-Communist fears during the McCarthy era.

In another clip, lyricist Alan Jay Lerner and Liz Robertson sang “Why Can’t a Woman Be Like a Man?” of “My beautiful lady”. At the end of the clip, Lerner mentioned that the significantly younger Robertson was his wife.

Lerner lived in England for the last years of his life because he owed taxes in America, Fox said. â€œGetting married eight times will get you there. His third wife was an Italian lawyer. If you ever want to avoid trouble, don’t divorce an Italian lawyer,â€ Fox said.

Lerner’s royalties would go to the Isle of Man, a tax haven between Britain and Ireland, Fox said. â€œA man would come out of the Isle of Man once a month with a carpet bag in London, where he lived. He would then open the carpet bag and take out a batch of banknotes to give him. “Alan would live for a month. That’s the way he was supposed to live. Every time you want to get married eight times, think about it. Don’t do that.”

Later, a music video featuring â€œFiddler on the Roofâ€ lyricist Sheldon Harnick. Fox explained the genesis of a saying from “If I Were a Rich Man”, about a “long staircase that just goes up, and one even longer that goes down, and another that leads nowhere, just for the show “.

Fox said his mother had talked about picking up newly arrived immigrants and taking them to an apartment building on Essex Street. â€œShe said,â€¦ ‘I knew we were rich from the minute I walked in.’ Why did she know she was rich? They had stairs. Because in the shtetl only a rich man had a second floor and therefore had stairs. Now think about the ability to understand that it was from one floor. very specific way that a man in this station of life would imagine himself rich – the staircase. “

Then came John Kander and Fred Ebb singing “All That Jazz” from “Chicago”.

â€œThey could have saved a lot of money and put them on the show,â€ Fox said.

Fox identified a man in the audience. Paul Bogaev, musical director of the film version of “Chicago,” stood up.

“You’re right, there is nothing quite like a lyricist and a composer do it,” Bogaev said. â€œHe came to Toronto when we were making the movie. I remember it like it was today singing ‘Razzle Dazzle’ for Richard Gere, and there is no such thing, seeing someone who the wrote. You are absolutely right. “

Subsequently, Larry Perlstein was one of the first to purchase a copy of Fox’s book and have it signed. Perlstein said he was interviewed by Fox on “Wonderama” because, he said, a surprising number of Westport residents were children.

Fox’s presentation on songwriters was “spectacular,” he said.

â€œIt’s just a gem,â€ Perlstein said. â€œBring things to life that we should be celebrating. “