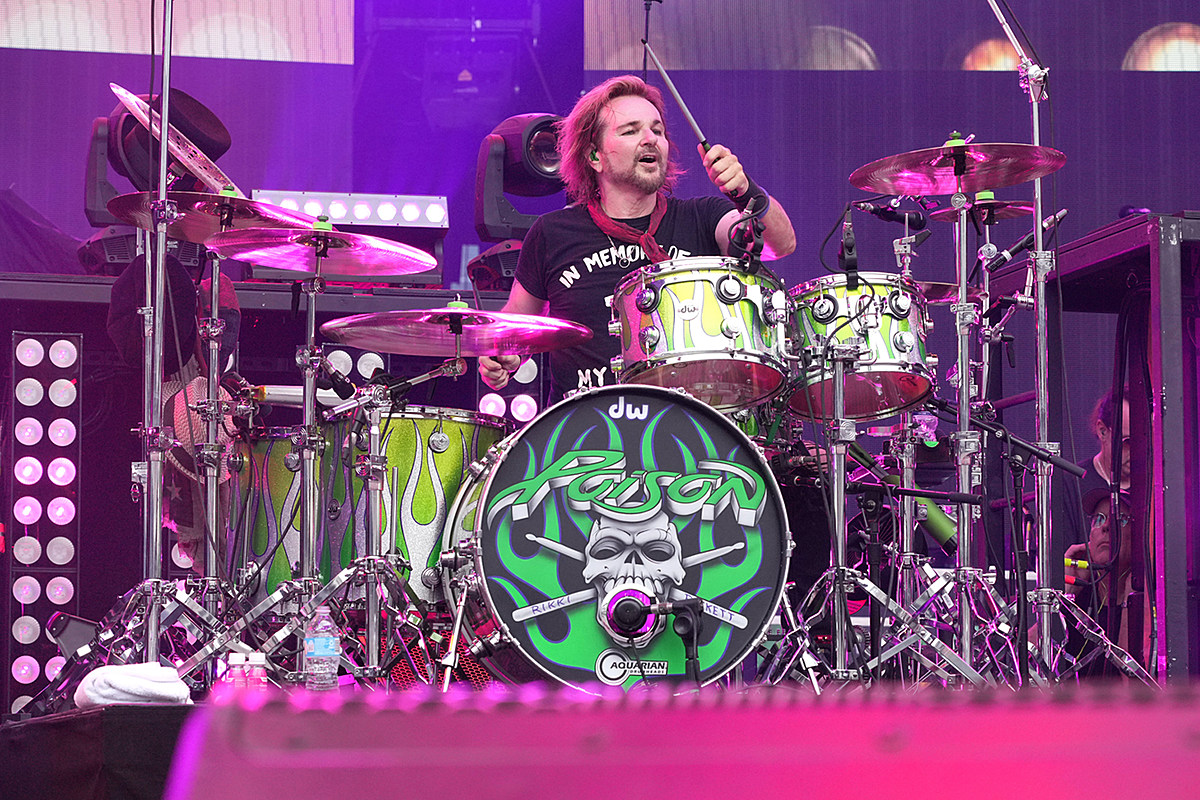 Poison drummer Rikki Rockett argued that the success of the Stadium Tour with Motley Crue, Def Leppard and Joan Jett proved that rock music was not dead.

The road trip ended on September 9, with plans for similar performances to take place in other parts of the world next year. The North American race reportedly made around $5 million each night.

“Such a crazy summer!” Rockett wrote in a social media post, along with a photo of Poison bowing with a full stadium behind them. “I think we’ve proven that rock ‘n’ roll isn’t dead. Neither does our rock ‘n’ roll brand!

He admitted his band still received criticism for a perceived lack of musical ability, but said the situation was actually “part of our success”. “At the time, jazz people were criticizing rock’n’roll for having players who weren’t competent, while having no idea what makes good rock’n’roll,” a- he noted. “Poison is not a jazz-rock fusion/progressive metal band. Hell, most of the time we’re not even really metal – we’re rock ‘n’ roll.”

His message to those who preferred more complex music was to “enjoy inserting 32nd notes into a song at 150 bpm or whatever floats your boat. Rock ‘n’ roll moves the soul, and if you all hate for it, so that’s cool! We moved souls this summer. I know that. I saw it in the eyes of the fans. Not the reviews. I don’t give a fuck about your reviews. Water it down. of your hate sour cream sauce.

Referring to one of his band’s signature tracks, Rockett signed off, “Nuthin’ but a good time? Absolutely right! Love you all! Until next time, remember: seeing is believing, but to feel is the truth!”

There is nothing culpable in these pleasures.