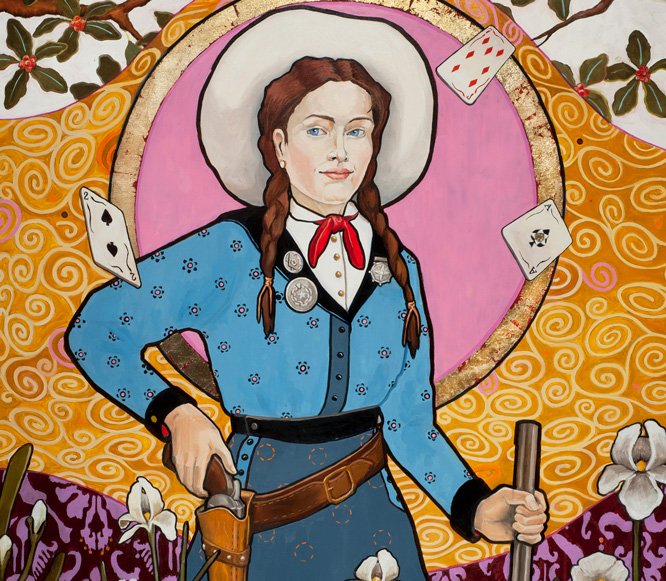 Lucinda Williams. April 7. At 68, Lucinda Williams is an icon of American songwriting and an inspiration to generations of musicians for her roots music with Southern literary sensibilities. Through it all, she’s developed a rugged, distinctive rhythm guitar style—usually on a well-traveled Gibson J-45—that underpins all of her songs, from brooding ballads to ragged rock ‘n’ roll. 8 p.m. Manchester Music Hall, 899 Manchester St. www.manchestermusichall.com

Elton John. April 9. With a catalog of iconic hits, Sir Elton John is one of the most iconic songwriters and pianists of all time. Over his illustrious five-decade career, he has become known as the ultimate performer, with glitzy and memorable performances that delight his fans time and time again. This month, it will catch up with a previous show date that was canceled due to the pandemic. 8 p.m. Rupp Arena, 430 W. Vine St. www.rupparena.com

Robyn Hitchcock. April 23. From the proto-psych-punk of the Soft Boys to the dadaist pop of the Egyptians to solo masterpieces like “I Often Dream of Trains” in 1984 and “Eye” in 1990, Robyn Hitchcock remains a truly unique person in his genre. artist: surrealist rock ‘n’ roller, iconic troubadour, guitarist, poet, painter and performer. 7 p.m. The Burl, 475 Thompson Road. www.theburlky.com

Son Volt. April 25. Dominated by the resonant vocals of singer, guitarist and songwriter Jay Farrar, his Neil Young-influenced lead guitar work, and a lyrical and melodic palette that casts a sad look at the changing American landscape, Son Volt debuted gripping with 1995’s “Trace,” whose patchwork of quiet contemplative numbers and anthemic rockers would set the pattern for the band’s finest work. 8 p.m. The Burl, 475 Thompson Road. www.theburlky.com

Los Lobos. April 28. Los Lobos were seasoned music veterans with nearly 15 years of experience under their belt when they recorded their first hit in 1987 with a cover of Richie Valens’ “La Bamba.” The band, who like to call themselves “just another East LA band,” have won over critics and a legion of loyal fans with their tangy blend of rock, blues, Tex-Mex, country, R&B and folk influences. 8 p.m. The Burl, 475 Thompson Road. www.theburlky.com

Honora Jacob: “Myths, legends and traditions.” On view until April 14. Honora Jacob earned her Bachelor of Arts in Communication from the University of Texas to pursue a career as an advertising art director. Twenty-two years later, a move to Kentucky gave him time to reflect on his life path. She then turned to a professional retraining and pursued her first passion: painting. Her most recent oil-on-linen works skim the line between portraiture and ornamentation – images of what the Austin Chronicle called, “women who refuse to get lost in the patterns of any paper painted, however seductively baroque”. Gallery Hours: Wednesday through Saturday, 12 p.m. to 5 p.m. The Loudoun House, 209 Castlewood Drive. www.lexingtonartleague.org

Tangled Roots: Exploring Appalachian Feminisms. Presented until April 30. Organized by Magenta Palo, this exhibition features 10 women artists from the Appalachian region whose work serves to address and redefine ideas of women’s work, breaking down the hierarchies between fine art and craft. This exhibition presents the diverse experiences of women in the region, through reinterpretations of culture, tradition and artistic and craft practices. Pam Miller Downtown Arts Center (meeting room), 141 E. Main St.

Intertwined. On view from April 9 to June 19. This three-part exhibition features a retrospective of artist Ellen Skidmore, whose expressive paintings and murals are renowned for their luminous colors and elements of nature; a look at the work of architectural blacksmiths Matthew and Karine Maynard of Maynard Studios; and a display of rarely seen English and American equine art from private collections, including pieces from the 1800s-1900s as well as selected works by contemporary equine artists. Gallery hours: Friday to Sunday, 10 a.m. to 4 p.m. Headley-Whitney Museum, 4425 Old Frankfort Pike. www.headley-whitney.org

Liz Swanson: “Plans for future outlaws”. Exhibited from April 22 to June 3. Lexington artist and architecture professor Liz Swanson will present her first solo exhibition, showcasing a collection of approximately 40 works comprising a mix of drawing and mixed media. She describes the collection as an attempt to recast our understanding of recent cultural events dominated by those in power, offering an alternative narrative centered on the most intimate destinations of political politics: the human body and the home. Reception of the artists on April 22. Gallery Hours: Wednesday through Saturday, 12 p.m. to 5 p.m. The Loudoun House, 209 Castlewood Drive. www.lexingtonartleague.org

“Menopause: The Musical.” April 5-6. Inspired by a hot flash and a bottle of wine, “Menopause The Musical” is a celebration of women who find themselves at any stage of “change.” The laugh-filled production busts audiences out of their seats and sings parodies of classic pop songs from the 60s, 70s and 80s. 6pm both nights. Lexington Opera House, 401 W. Short St. www.lexingtonoperahouse.com

The UK Department of Theater and Dance presents ‘Bright Star’. April 7-10. Based on a true story with music, book and story written by Steve Martin and Edie Brickell, this musical is set in the Blue Ridge Mountains of North Carolina in 1945-46 with flashbacks to 1923. When literary editor Alice Murphy meets a young soldier who has just returned from World War II, he awakens her longing for the child she has lost. Haunted by their unique bond, Alice embarks on a journey to understand her past – and what she discovers has the power to transform both of their lives. With beautiful melodies and powerfully moving characters, the story unfolds like a rich tapestry of deep emotions. Thu-Sat, 7.30pm; Sat.-Sun., 2 p.m. Théâtre Guignol, 465 Rose St. finearts.uky.edu/theatre-dance/events/bright-star

On the table. April 10-16. The City of Lexington and non-profit civic education organization CivicLex invite residents of Lexington to join in a series of community conversations about our hometown, including its challenges and successes, needs and wants, and the next steps to improve the city. This year’s conversations will focus in part on Lexington’s 2023 Comprehensive Plan, which helps assess long-term city planning. The plan helps guide economic development opportunities, parks planning, transportation, arts and cultural opportunities and other priorities over the next 20 years. Forums tend to be laid back and open to everyone and take place in various public locations throughout the week. To view the schedule, register for a table or learn more about the event, visit www.ottlex.org.

Black Jacket Symphony: The “synchronicity” of the police. April 9. The Black Jacket Symphony offers a unique concert experience by recreating classic albums in a live performance setting with first-class lighting and video production. A selected album is performed in its entirety by a group of hand-picked musicians specifically selected for each album. This month, the Black Jacket Symphony returns to the stage to perform The Police’s critically acclaimed 1983 album, “Synchronity.” 8 p.m. Lexington Opera House, 401 W. Short St. www.lexingtonoperahouse.com

“Rhapsody in Black.” April 22. Written and starring Leland Gantt and developed at the Actors Studio in New York, this one-man show explores one man’s personal journey to understanding and ultimately transcending racism in America. The performance follows the story of his life from an underprivileged childhood in the ghettos of McKeesport, Pennsylvania, to teenage experimentation with everything from crime and drugs to academic success and an acting career. which brings adult LeLand into situations where he is the only African American in the room. Multiple elements combine to give “Rhapsody in Black” its overpowering emotional punch, many of which are concentrated in its star’s incredible persona. The in-person performance will be followed by a discussion. 8 p.m., Lyric Theater & Cultural Arts Center, 300 E. Third St.

West Athens: “The Twelfth Night”. Thursday to Sunday, April 22 to May 8. The twins Viola and Sebastian are separated by a shipwreck. When Viola lands, she disguises herself as a man to survive in the strange new land of Illyria. Posing as “Cesario”, she befriends Count Orsino, who convinces her to woo the beautiful Olivia on his behalf, but Olivia falls in love with “Cesario” instead. This comedy has enchanted audiences for over 400 years, with its wise and whimsical look at finding love in unlikely places, and local theater organization AthensWest has crafted a version of the production that uses Lexington – formerly known as the name “Athens of the West” – as the setting. Thu-Sat, 7:30 p.m.; Sunday, 2 p.m. Pam Miller Downtown Arts Center, 141 E. Main St. www.athenswest.net

Land Rover Kentucky three-day event. From April 28 to May 1. This equestrian triathlon consists of three distinct elements: dressage, cross-country and show jumping. In addition to competition between the world’s best riders and horses, the event features extensive shopping and viewing in Sponsor Village, The Hill and International Trade Fair, with over 200 booths and tents. Kentucky Horse Park, 4089 Iron Works Parkway. www.kentuckythreedayevent.com