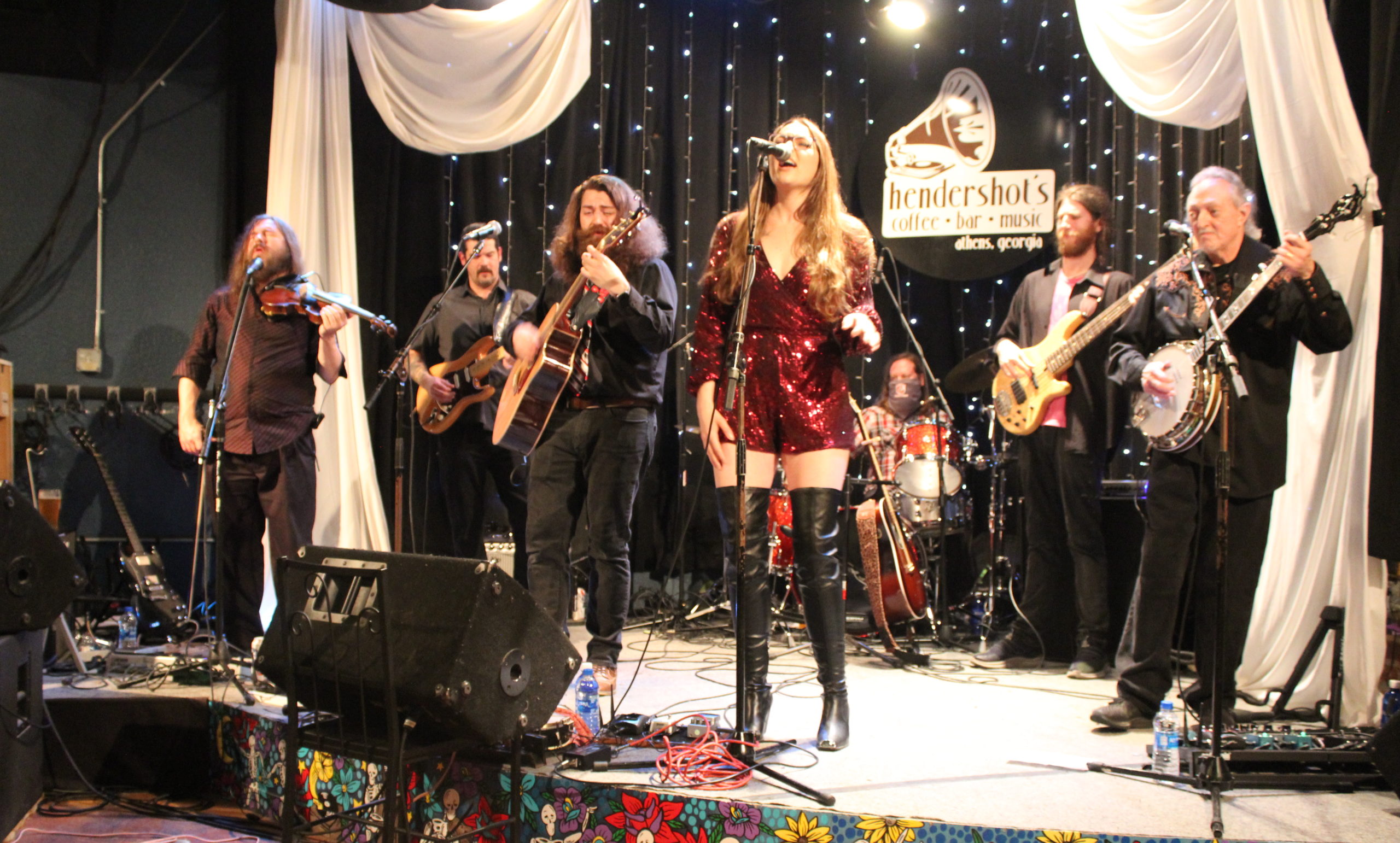 HELL IS HEATING: As if this summer’s heat wasn’t oppressive enough, there’s now a new merchant noise split ixian to really set the mood. The split between Athens Ixian and Chicago Ixian odious wretch, contains only one track of each, but that’s enough for now. Ixian’s “Concrete Umbrella” produces continuously oscillating waves of what looks like looping feedback, but could very well be quite simple. Odious Wretch’s “Vestiges of a Life Unlived” is only slightly more organized, but definitely the more snappy of the two, despite not sounding like that at first. While Ixian’s trail is impenetrable, Odious Wretch’s contribution has static holes all over it, so the ear can almost pierce. Find it at ixian.bandcamp.com and odiouswretch.bandcamp.com.

HELLO, SUGAR: Athens has never been short of completely wacky artists, so it’s good when someone’s self-awareness lines up almost 100% with your own assessment of their work. Namely, the one who is behind Goodbye molasses, who writes in the liner notes of a 12-track self-titled new album that this music is, “Like I spewed out my subconscious and then strained it through shitty acoustic guitar and nasal vocals .” Except it’s not that bad. While everything here is definitely what we would call “demo quality”, after a few listens everything feels normal and touching at times. Anyone who endured hundreds of similarly recorded tapes during the indie storm of the 1990s will do just fine and might even find something to bookmark. Find it at goodbyemolasses.bandcamp.com.

AMERIGRASS FOR THE PEOPLE: Prairie String Band (aka Grassland) will release their latest album, Grassland: still not a string band, August 27 and celebrate with a show at Hendershot’s the same night. Before that, however, the band opened pre-orders for the album and released their lead single, “Driving This Car.” The band plays the next American Classical City Music Festival July 2 at 8:15 p.m. (more on that below). To learn more about Grassland String Band, the new record and other details, visit grasslandstringband.com.

PICKIN’-N-GRINNIN’: And, as promised, here’s your scoop on the American Classical City Music Festival. It’s happening on Saturday July 2 at Southern Brewing Company. This event is for all ages, free for children 12 and under. Advance tickets are $12 through June 30, then $15 in advance and at the door. Doors open at noon and music starts at 1 p.m. The full lineup is String Theory (1 p.m.), Red Oak String Band (2 p.m.), A. Lee Edwards Trio (3 p.m.), MrJordanMrTonks (4 p.m.), Hibbs Family Band (5 p.m.), Dom Flemons (6 p.m.) , Norma Rae (7 p.m.) and the aforementioned Grassland String Band (8:15 p.m.). For tickets and other information, please visit sobrewco.com.

LOOK AHEAD: These boys in Heffner have kept their nose to the grindstone for the past two years, and it has paid off. The group is about to release their new album perfect paradise, which comes out August 5. The first single is “Bends of Life” which is a little jumpier than the band’s previous work. Indeed, working in an undeniably funk-lite environment that is somewhat reminiscent of the artistic shift Montreal took several years ago. There is a big difference, however, between Heffner’s channeling of Orange Juice and Of Montreal’s integration of, say, Oran “Juice” Jones. So go find it wherever you find streaming material these days, and follow all the news at facebook.com/Heffnerband.

Do you like what you just read? Support Flagpole by donating today. Every dollar you donate helps fund our continued mission to provide Athens with quality, independent journalism.