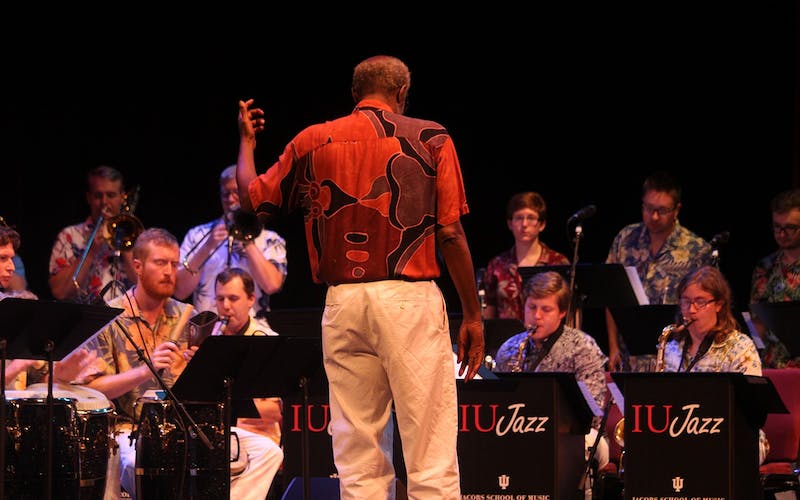 The Latin American Music Center will present a five-day spring music festival beginning April 13. The festival will feature student groups, ensembles from the Jacobs School of Music, and guest artists and educators. All events except the Sergio Ospina Trio event are free.

“What’s cool about being able to put all of this together under one big festival is to show how many of these things interconnect, and how many options and offerings are on campus related to music Latin”, Javier León, director of the Center for Latin American Music.

The first event will feature Trio Sergio Ospina at 7 p.m. and 8:30 p.m. on April 13 at the Blockhouse Bar. There will be a $10 cover charge. The Latin jazz trio includes IU musicology professor Sergio Ospina-Romero.

On April 14, the guest artist Nadia Calmet will lead an Afro-Peruvian dance workshop from 11:15 a.m. to 12:45 p.m. in room 151 of the School of Public Health. León said Calmet, a friend from past research, intended to be in the area and asked if there was interest in a workshop. León said he hopes that if there is interest in what Calmet is doing, this event could lead to a longer-term collaboration in the future.

Two different music groups will perform on April 15. Mariachi Perla del Medio Westa mariachi group IU which is part of the LAMC, the Department of Ethnomusicology and La Casa Latino Cultural Centerwill perform at 5:15 p.m. on the South Lawn of the Hamilton Lugar School of Global and International Studies.

Later that night, a Latin American set the show will take place at 8 p.m. at Auer Hall. The Afro-Cuban Folklore Ensemble and the Steelpan Ensemble will be conducted by guest music speaker Joe Galvin.

On April 16, the evening will begin at 5:30 p.m. in room MC066 of the Center for the Musical Arts with a preview of the film, a conversation and a participatory concert. A collaboration with the Colombian Association at IU, the event will be previewed “Nowhere to Fall” a documentary about three Colombian women, their lives, and an age-old Colombian musical tradition called Bullerengue. After the preview, the public can interact with the drummers and one of the singers from the film to create Bullerengue themselves.

At 8 p.m., IU music teacher Joe Gramley will lead the Brazilian Ensemble. This event will take place in room MC070 at the MAC.

The festival will resume on April 18. There will be a second performance of the Latin American ensemble, this time with La Orquesta Escuela Vieja with guest Pan American Bandat 7 p.m. in the lobby of the MAC.

The final performance of the festival will be a Latin Jazz Ensemble directed by Wayne Wallace with percussion coaching by Joe Galvin. The event will take place at 8 p.m. at the MAC and will also be streamed online at IUMusicLive!