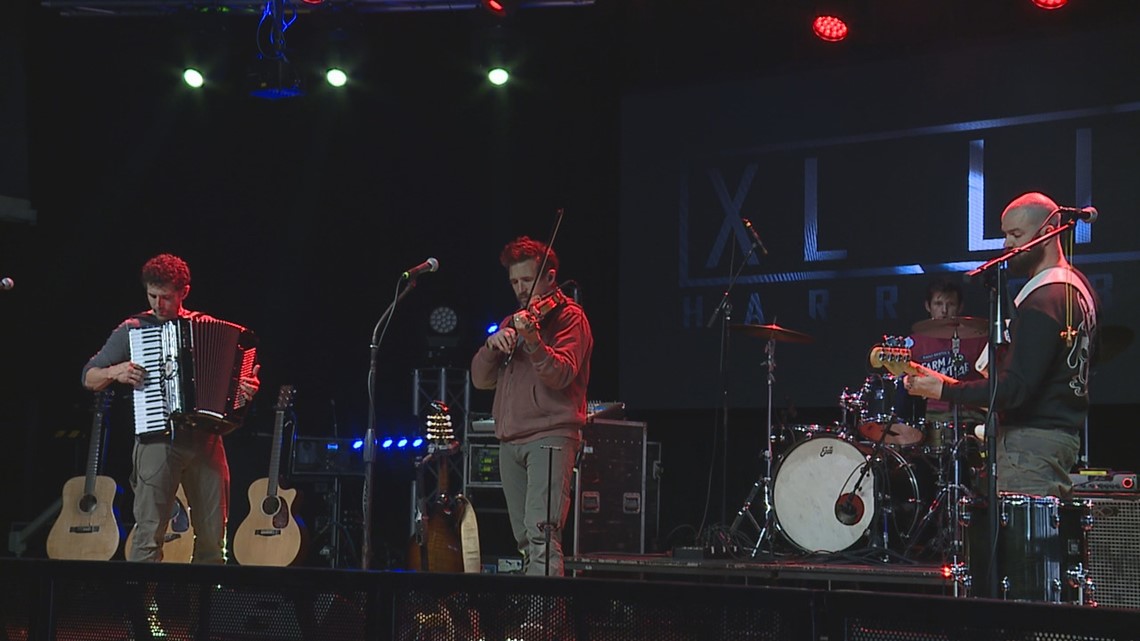 The Washington DC-based band ‘Scythian’ took the stage at XL Live in Harrisburg on Friday night.

HARRISBURG, Pa. — From the streets of Washington DC to stages across the country, brothers Danylo and Alexander Fedoryka have been having a blast over the past 18 years.

“We’re going around the country and going to Ireland, so it’s been an adventure,” Danylo said.

Their band ‘Scythian’ took center stage at XL Live in Harrisburg on Friday night. Both describe their bluegrass music as having Irish-Celtic roots.

The brothers, who are sons of first-generation Ukrainian immigrants, also regularly perform songs that highlight their heritage.

“We feel very connected to this country because all of our lives we’ve always been very culturally connected in the sense of ‘Oh, that was our homeland,'” Alexander said.

“Same [the name] Scythians… They were in the region of Ukraine [known as] ancient nomads, so even the name of our band comes from our Ukrainian heritage,” Danylo explained.

Now, amid Russia’s attacks on Ukraine, the two feel an even deeper connection to their ancestry.

“I didn’t know how Ukrainian I was until I woke up in the morning and got about 10 text messages from friends saying ‘Pray for Ukraine’ and I was like ‘Wait , no “and it’s almost like the bottom of my soul is falling,” Danilo said.

The situation abroad gives new meaning to their mission to celebrate Ukrainian culture through song.

“This year, our sets have taken on even more importance in our lives, so we can share that culture with people, and that’s just what we try to do in our own little way as musicians,” said Alexander.

The brothers have also created a relief fund whose proceeds go directly to Poland to help Ukrainian refugees.

They hope they can do their part to help their homeland.

“People say, ‘How can you play the violin while the world is burning?’” Danylo said. “But I think in times like this, it’s doubly important to do the things that are true, human, good and beautiful. Otherwise, the darkness wins.

You can find out more about how to donate to the fund on the group’s Facebook page here.